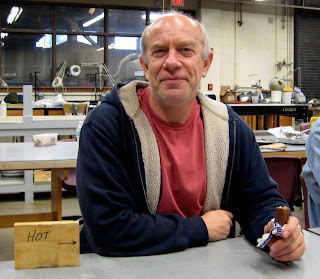 In an essay entitled "Theory and Practice of Time Travel", the science fiction writer Larry Niven proposed a law which went:

Niven's Law: "If the universe of discourse permits the possibility of time travel, then no time machine will ever be invented in that universe".

This basically solved the time travel problem for Niven, because, let's face it, you've got a problem with global causality violation the minute you start mucking with time. Solution? Don't allow it. Stephen Hawking, The Pope of Science himself, has made similar noises. It's just not allowed.

Hans Moravec suggested that, if time travel is possible, a way out of paradoxes would be the alteration of the act of travel itself. In other words, if a message is sent to the past, the very act of sending it causes the message to affect the sending of the message itself, in such a way that no paradox can occur. In different terms, let's say you have a pool table, and you hit a ball into a pocket that is a time machine which sends the ball back into the past, changing the shot you made and thus missing the ball. But according to Moravec, this will not happen. In a kind of Darwinian temporal dynamic, Reality will find the most fit solution to this causality violation to avoid a paradox. In the example, you would have actually missed the shot that sent the ball into the time travel pocket, but the ball appears from the future and knocks the ball into the time travel pocket. This is also known as the Novikov self-consistency principle.

In other words, you can't change the past.

In a previous essay on time travel, I came up with something similar. I knew I had called it "Kurman's Law", but I could not remember the exact wording. 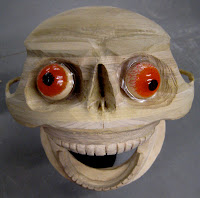 Google to the rescue.

Kurman's Law: "Any contingent change of history to alter the outcome of a turning point causes the turning point to cease to exist".

Well, actually, there's another, better, Kurman's Law, which I found while googling. And it goes like this.

Kurman's Law: "No man is completely worthless. He can always be used as a bad example".

Dude, whoever you are, Kudos and Godspeed. Wish I'd thought of it. (Actually it sounds like something my older brother would write, but... nah).

Therefore, my law will no longer be a law. It will henceforth be Kurman's Maxim.

Please make a note of it.
Posted by John Kurman at 5:13 PM