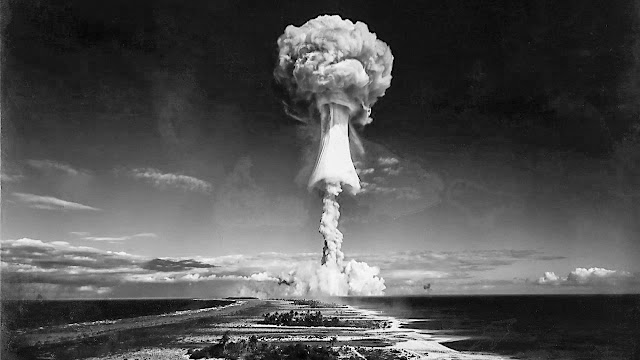 Naturally it will because everyone is ready for a break... and they won't get it. Face it, folks from here on out its gonna get worse in new and different ways. Better in some, sure. But ol' Robert A. Heinlein's Future History seems to peg the Crazy Years.

Which means what? It's like we suffer the fate of our defeated enemies, but on delay. Right now, America is going through a Soviet collapse.

Kurman you're crazy. Despite the pandemic thing, the It which is the global economy is more ravenous than ever. Talk about invasive species.

We can have a temporary downturn, but appetite is there, especially more so with the poor aping the rich in consumption and a vast new middle class throughout the world island.

Democrats worse nightmare, the Stock Market takes a shit and Trump capers around like an Oompa-loompa crowing I Told You So! 2022. Republican house, or return to Republican Senate, or both, which means Biden has about two weeks to do anything.

He's not going to do anything. Oh, he'll send out a shitload of executive orders, but not much in Congress.

Mitch will see to that. Even as Minority Leader, he is the severed head of a snapping turtle.

So, stuff happens, but nothing happens. Until shit happens.

Socialism made Killer Kyle kill. If he ain't ought'n got that stimmie check of $1200 smackers, he'd have never gotten his peashooter. And I don't see anyone hiring Killer Kyle for security without a pop gun.

I'm actually pissed at the boogie bois* in his posse what should've realized he was a stupid child and looked out for him. They should have kept the baby elephant inside the perimeter. But no, my suspicion was they was all baby elephants. White elephants. Whyte elephants.

Will we have our first domestic terrorist nuke? Nope.

A Libertarian Walks Into A Bear

A Libertarian Walks Into A Bear: The Utopian Plot to Liberate An American Town by Matthew Hongoltz-Hettling

Longer Review: This is the story of still another failed attempt at American utopia in the state of New Hampshire, plus some bears.

Back in 2004, the town of Grafton was targeted for takeover by a ragtag group of libertarians and like-minded folk. They almost succeeded, and the result is what you would expect when all sorts of public goods are starved of taxpayer funding: infrastructure collapse and the inexorable turn towards tribal chaos of factions.

New Hampshire proudly retains the idea of well-armed rugged individualism that goes back to the time of Revolution. I find it amusing that so many right wing authoritarians assume that America is just a slight push or tug away from Marxist dictatorship, without realizing that this requires a level of organization and planning that Americans are simply not capable of. Hell, the Russians weren't capable of it, and they had a Ministry of Terror, a gulag system, and a network of personal spying to attempt it.

Libertarians pride themselves on logic, so when the Freedom folks met in a town hall meeting with Grafton residents, the amount of hostility towards liberation surprised them. No amount of internet bulletin board arguments seemed to win over these emotional and irrational rural bumpkins. The fact that the Freedom folks did not anticipate the acrimony and suspicion suggests that their argument was based upon their own illogical and unrealistic premises.

So the Freedom folk do what all liberators do. They took over the town. (Notice a pattern? Scratch a Hippie, find a Nazi). They immediately inserted themselves into positions of authority, grabbed every lever and button of power they could find, and shut the tax collection system down hard.

The result? The Free Town of Grafton fell apart. Roads and bridges fell into disrepair and remained unplowed in winter. Buildings burned down for lack of a coordinated public fire department, shut down of the town administration due to lack of funds, and a huge migration of bears.

Quick note of explanation: the bears were there due to state policy and popular sentiment. At the turn of the last century, New Hampshire was thoroughly domesticated and prosperous, with nary a stick of woods remaining in the whole state. Circumstances, both unfortunate and intentional, caused the fortunes of the state to wane as farmers abandoned their freeholds, industry moved to tax havens and cheaper labor, and traders grew more and more short-sighted. Add in the environmental movement of the 60s and 70s, and you end up with a state that soon returned to the dark medieval forests of pre-Revolutionary times. Which the bears loved, and since people think bears are people, people loved as well.

Another quick note: bears are not people. They are forward thinking, possessed of long memories, alarmingly clever problem-solvers, observant of habit, theory-of-mind types that can think like people, get in the heads of people, but they are not people. To look in a bear's eyes is to see they are quite alien. I'm sure the bears think the same of us hairless primates.

So, and not surprisingly, bear problems became a problem. This is not to say the libertarians (and all the eccentric kooks magnetically attracted to them) were responsible for the bear problems, but they sure didn't help. Within the decade-long failed experiment, there were two horrific bear attacks (no fatalities) which resulted in indifference and victim-blaming from the state game wardens, and a gamut of responses from the town, ranging from a vigilante posses slaughter of bears, to those who would dart, tag, and radio-collar the bruins.

The ongoing (legal and illegal) slaughter of bears did nothing long term to solve the problem. Despite the culls, bear numbers grew, and the bears became bolder and bolder. There were also people who fed the bears. One in particular, Doughnut Lady, ended up with a twice daily food pantry service for dozens of bears. Passers-by were alarmed at the woods filled with nothing but bear around her house. Often times, people wondered why the bears did not eat her, but I guess it just goes to show the average bear is more patient and less short-sighted than the average human. The bears knew they had a good thing going, and you don't fuck that up by killing the golden goose. This is not a great insight, that if you feed wild animals and do not molest them, they are willing to tolerate you. See: cats.

I should note the human tragedy of Tent City near Grafton, those survivalist types who preferred Paleolithic freedom. Problem was, that ship had sailed with the Neolithic revolution, and also these guys were extremely ill-equipped in both mind and body to handle the intellectual and physical rigors of the lifestyle. Plus, they kept their cars. So, the result was the liberty to live in squalor and shit in buckets, scrounge for donuts and fresh water that had not been shit in, like living in a Syrian civil war tent city (note to the current right wing batch of civil war advocates, you'll die of typhus in about a month).

The bears became such a problem for the dwellers of Tent City that they opted for a solution strangely reminiscent of Donald Trump's efforts along the southern border of the US. They built a wall. They built a big, beautiful barrier to keep the bears out. So, yes, the freedom seekers hid and huddled in squalor behind barricades to seek a level of security against the very Nature they desired to live as one with.

Long story short, failed experiment. But fear not, libertarians have upped the ante and now are pushing for the Free State takeover of New Hampshire, but with all the statist trappings they now find acceptable, like property taxes and zoning ordinances and fire codes and the amenities that go with it: public pools, libraries, tennis and basketball courts, playgrounds, etc. And hardly any bears at all.

Posted by John Kurman at 9:17 AM No comments:

Daddy? Where does money come from?

You think money grows on trees?

Made by ape-shaped monkey bees. 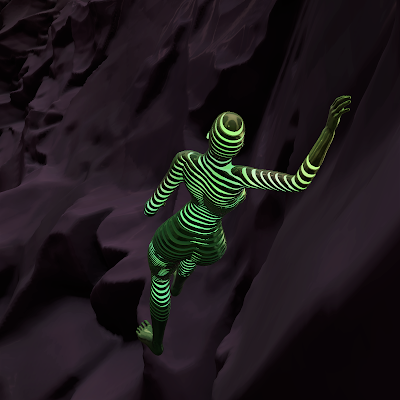 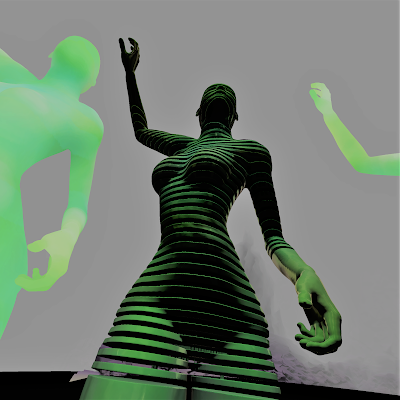 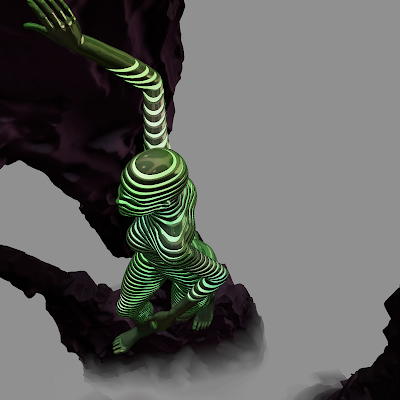 Here's an essay that first was on Twitter by Richard Murphy on Brexit. This economist makes the same point as Debt: The First 5000 Years author David Graeber, that money is a promise. More than a token of labor. A promise implying future certainty, abiding physical limits.

The smartest thing we did was get off the gold standard and tap into monkey bee land.

Posted by John Kurman at 7:40 PM No comments: