Two careers ago I was a mainframe programmer at, successively, four multi-billion/international kaiju corporations. They are all gone. Extinct. I would like to think I helped, but that's just my natural arrogance. 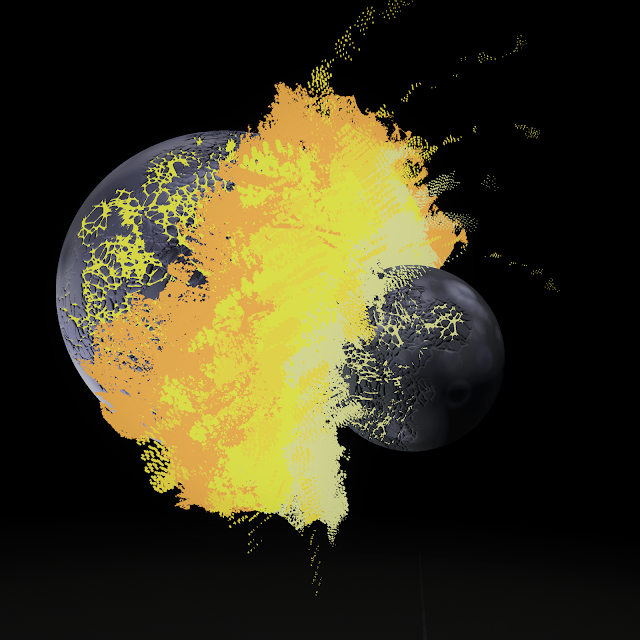 All of these kaiju, in one form or another, did not die by the free market, not by competition with other kaiju, but rather were bled to death by parasites. More specifically, management infestation in the form of financialization. When I started consulting at Corporate Kaiju Number One, I had one report-to boss between me and my boss's boss. By the time I went to the next gig, there were three bosses in between. And assistants. And administrative staff.  This man-in-the-middle parasitic attack is part of why so many companies are gone, but not the whole story.  A hippo or a grizzly bear has no problem with the parasites sticking out of their assholes. No, these corporate kaijus almost always died of frat bro nepotism, a differnet form of parasitism.

Typical frat bro CEO, not realizing they were a piloting a corporate kaiju, made stupid existential choices of one singular puny human being. The first kaiju I consulted at, and having greedily and short-sightedly eaten every dot.com around, disappeared in the 2000 tech bust.

( I realize I ruined the labor relations of these companies by being a consultant/gunslinger. Had I a vested interest as a stakeholder, I'd've been more militant. {Probably not, I'm kind of a wuss}. Still, I deprived, as an outsource labor unit, in-company people leverage against the kaiju. But no, Johnny got the attention of the production manager, which made him a little prince, and he worked zero bullshit jobs happily ever after there).

Johnny has been lucky to have worked many shit jobs, but just a handful of bullshit jobs. Since my every position was glorified janitor, it's easy to ignore the paperwork. Others not so much.

In the 1990s, Eastern Europe, the Russians and Ukrainians, mainly, showed up in the USA to take even more IT jobs. They took a long around and said "oh yeah we know this drill, except we get paid". Shareholder owned Soviet Unions, three clerks to sell a loaf of bread.

Neo-feudalism? Nope, same old feudalism. Hyper-parasitism, exploiting nested niches. It is said that in Nature, the record is seventeen levels of hyper-parasitism. The evolutionary means to counter parasitism are myriad and oh-so clever. One of my favorites are the mini caste in leaf cutter ants. The regular leaf cutter ants are prey to tiny flies that will lay their eggs in them. The colony developed little tiny ants, minis, that ride around on the workers and shoo away the flies. Maybe that's what I was, a mini.

David Graeber* nailed bullshit jobs in a book called Bullshit Jobs. A majority of bullshit jobs not surprisingly are at the top. Consider, 50 years ago, most CEOs were mustangs, rising through the ranks, knowing, not just their business, but their neighboring businesses. But then financialization and pseudo science kicked in. People with wizard degrees from Harvard and Wharton took over from the village witchdoctors. The locals didn't disappear, just got shoved down the corporate food chain into the shit job productive levels that somehow keep corporations making monies despite themselves, and here we are.

Graeber attempted to quantify bullshit jobs into categories: flunkies, goons, duct tapers, box tickers, taskmasters. (My thinking the last few years is to think of categories more a dials or slides, and the overall variety as a sound mxing board with slides rather than boxes to place things in. Each fader or blender slide on a mixer can have a mixing component of its own, so slides all the way down)

Many of my shit jobs occasionally involved duct taping, so I was immediately struck by the fact that you can have, not just jobs, but aggregates of jobs in subsystems and systems of bullshit (like the upcoming Internet of Shit), and this Wired article by Andy Greenberg on Bullshit Systems made my ears prick up when I saw it. This is classic hyper-parasitism involving rnet extracion via soft-serv ice cream machines (and why they break down so often). The solution, unfortunately, involves duct taping, which you will see a lot of as we enter the Internet of Shit Era. Covering everything from corporate sabotage to right-to-repair, I can't help but realize this as just another example of  Why We Can't Have Nice Things.

*David Graeber died of cancer in 2020. One of the organizers of Occupy Wall Street, he also wrote Debt: The First 5000 years. I should re-read that book. Fortunately, before passing Graeber and archaeologist David Wengrow wrote a book called The Dawn of Everything due out in October 2021. I can't wait to read it, but based upon what I have read about  their review of the past 42,000 years, a good alternate title might be Something Went Wrong.

Some people collect watches. I collect skills. A lot of them are survival skills or low tech hacks, but that's not because I am a survivalist. It's because it's fun.

Take gunpowder. What red-blooded American boy doesn't know how to make gunpowder? Johnny got entangled in the web of causation. Do you need sulfur? Why does charcoal work better than coal? Where does this wonderful saltpeter at the drugstore come from? Books at the library pointed me to nightsoil, dedicated piss pots, shit and piss farms.

Pre-Revolutionary France was known to have the worst gunpowder in Europe.  A certain count or duke of something something determined how to rake quality saltpeter out of mounds of black dirt infused with copious amount of poop and pee. His holdings also included zinc and lead mines, so he was a bullet farmer. Off went his head in the Revolution. (which should serve as an example to doomsday billionaires).

In the event that things get bad (but not TOO bad), I too will be a bullet farmer.

The stench? Well, I'm reminded of a story about a Roman merchant that supplied ammonia fermented from piss to the fuller industry. His son was hesitant to take over the business because of the stink. The old Roman shoved a gold coin under his nose and said "Well, then don't get used to this smell!" There had to be a speculative shit market in ancient times. In fact, I would bet that certain areas or towns were of renown for making miracle shit.

Piss and shit are worth their weight in gold. If you look at folklore you find tons of references to gold being shit. The coin pooping donkey. The devil's ducats, where he spends gold coin and in the morning it is turds. Rumpelstiltskin, spinning (dung infested) straw into gold. Gold is fucking worthless.

Other things. I am still churning out VR sculptures. Trying to do one a day. 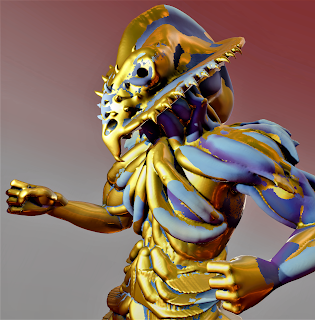 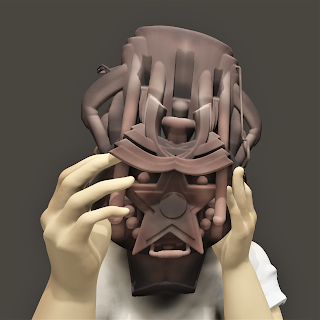 Some people say they are awesome. 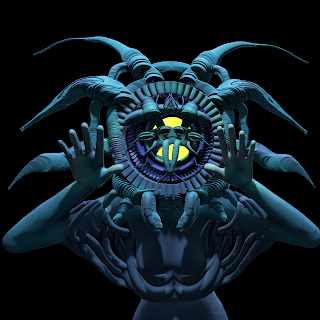 Others, the ones that buy stuff, crickets.

I have been thinking about Kurt von Hammerstein-Equord's categories. 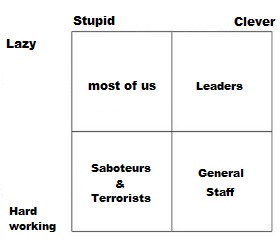 The general was commander-in-chief of the German Army and an undisguised opponent of Adolph Hitler. He said:

"I distinguish four types. There are clever, hardworking, stupid, and lazy officers. Usually two characteristics are combined. Some are clever and hardworking; their place is the General Staff. The next ones are stupid and lazy; they make up 90 percent of every army and are suited to routine duties. Anyone who is both clever and lazy is qualified for the highest leadership duties, because he possesses the mental clarity and strength of nerve necessary for difficult decisions. One must beware of anyone who is both stupid and hardworking; he must not be entrusted with any responsibility because he will always only cause damage".

Here is a more accurate model, but still only approximating the human essence. 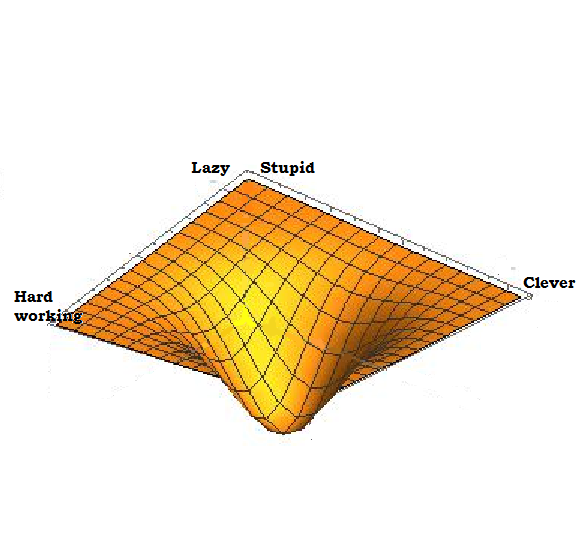