Scary Quote of the Day 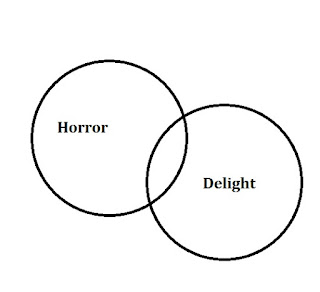 Because eventually the universe is horror and delight and life is at the intersection. Or maybe not. Again, Daylight horror? War movies. Action movies sure but...
Jaws. There you go. The ocean and a pursuit predator. The ocean by itself is a world of horror. Forget the monsters of the deep. Also Zombie movies.  Again, pursuit predators like sharks.
Tremors. Not just a gem, a smarter funnier Jaws.
Anyway, I am a silverback. If you are over 50, you are too. The amazing thing about silverback is that you will never be more powerful in your life. So it's frustrating because I don't know where to direct this power to help others. I am Bizarro Superman.
Item: The accretion disk of shit surrounding me which you would call a life as set the Wayback machine to three years ago. 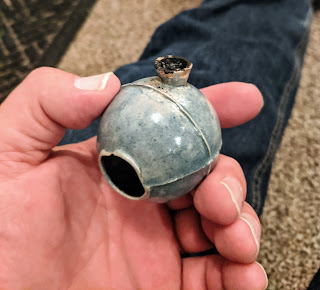 This flower pipe has been my best yet. Ergonomically designed for average size mouth, the chamber can be filled without inhalation and sucked down smoothly with the big opening as the carburetor. This pipe design may be the only historical reference for me. I cranked these out the summer of 2017. This is also when people started dying and divorcing until my world was flipped on its axis when mom passed this past year. I'm only now realizing how big the hole, the crater is.
But the cool thing is, I am catching up on things. I'm only 50 years behind now.
Two years ago my nephew requested drawings from me. I was embarrassed. So bad. Sixth grade. Later, after I got the VR sculpting shit. I revisited the drawing. Sent this to him. 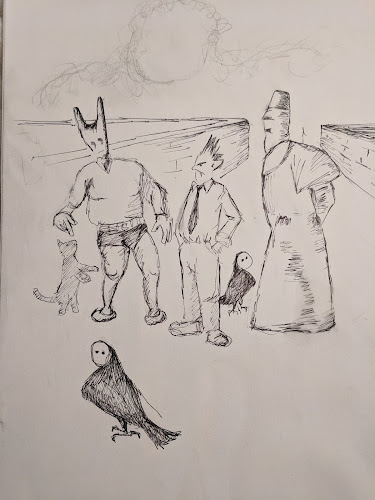 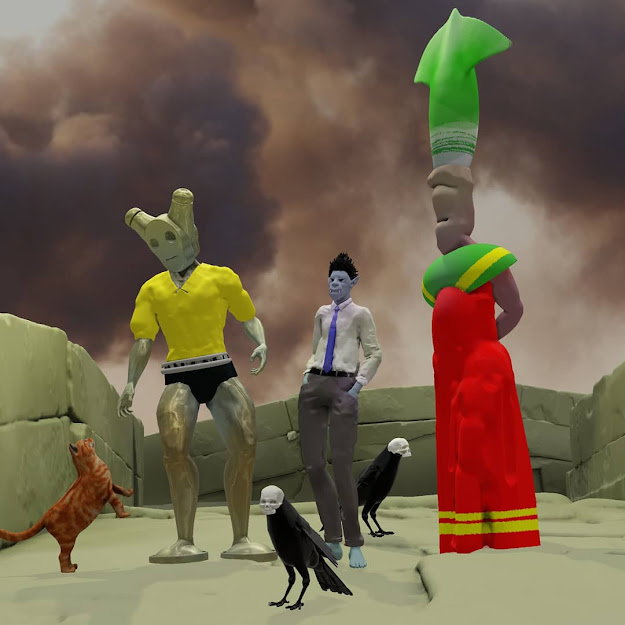 Dibs on the Misshapen Skull of Roger Stone

Seriously weird noggin on Roger Stone, like he'd had his head bound as a baby. Google Roger Stone weird head if you don't believe me. Anyway I don't need the skull right away but at some point I'm gonna need it.
So dibs on that.
I don't want anyone to murder Roger Stone so I get my skull. Heaven forbid I would hire some Ernest T Bass jump like a monkey on his head and break his neck. Why Ernest T Bass would cost a lot anyway if he wasn't dead and fictional.
But you gotta figure Ernest T Bass and of them in the Piney Dark are good at the skilled killing, and Roger Stone is no pushover.
Ernest T Bass examines Roger Stone's rippling muscles and quickly settles on windpipe.
"T'ain't no muscle will help there so's I figger I will bust that up right quick!"
Ernest T Bass bashes Roger Stone with a brick from a rag sling. Stone chokes, coughs up a little blood, and goes down. Sorry to disappoint but the real psychotic fictional Ernest T Bass is a Tasmanian Devil. It's not going to work out for Stone. Only the wiles of a woman chile can defeat Mr. Bass.
I think Roger Stone is a scumbag. A smart rat, an archetype next to Roy Cohn and Charlie Kelly from It's Always Sunny. A wily coyote, but I detest his actions. I understand that ratfucking and gas lighting are available social tools, but mother of god dude. Psychosis.
This is the thing about us the Vulcans don't understand.
How we can hate and love and fear and embrace at the same time. Admire, loathe, disgust, rage at our worthy and sometimes not so worthy enemies/rivals/fellow inhabitants of this particular Hell-verse
The thing I'm disappointed with is they (TPTB) always play the short dick game. Which is, they do see the big picture and they figure get it now,be a short dick. you wont'; get it again so go for it short dick. It's the marshmallow test which is equivalent to the short dick game.
Well that went off the rails.
My current psychosis is still another Kurman Solution to the Fermi Paradox: TAFAO!
Things Are Fucked All Over
Posted by John Kurman at 7:25 PM No comments:

What? are there people less fortunate than me? only 98% of the world
But hey my Mom died! be nice to me.
plus all the other horrible things that, yes I share with you
I think my biggest complaint is I'm a slob. I don't know what to do about that. I blame it on getting old and stupid, but that doesn't hide the fact I've always been so fucking lazy. Now I think its been a medical condition. Plus I'm convinced I got covided. Covideded.
And we're finding out the covid is like herpes. Or slow polio. Or a thousand other viruses that shove their DNA in mine. DNA rapist motherfuckers. Which gets us to game theory.
That still doesn't explain what a slob I am. Even if I'm all covideded up.
So my other bitch is I figured out to do art from my nightmares, and now I don't have them anymore.
If you have a good nightmare, send it my way.
I heard about this dream device. Maybe lucid dreaming device. Dormio
I'm too lazy to build it.
I will pay someone to build it.
Posted by John Kurman at 8:02 PM 2 comments:

Braulidae, or the bee louse, is actually a small fly (about 1.5mm long). They have the superficial appearance of lice, no doubt an adaptation for living upon bees, grasping the hairs of the head and thorax. 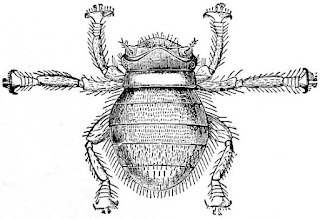 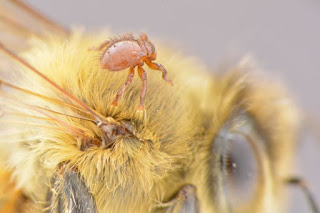 Bees have a lot of enemies. Predators, disturbers, commensals, and parasites. For some reason, the bee louse is considered a commensal rather than a parasite, despite the fact that the little fuckers steal food from the mouths of bees. They are considered 'guests' within a hive, but I would call them kleptoparasites.
They prefer living on the queen as the queen gets all the best stuff like honey and royal jelly fom the nurse bees.
(Interestingly, a brief exposure to tobacco smoke narcotizes the bee louse, and it can be collected on sticky wax paper placed under the hive and disposed of, a practice going back to 1740).
There is speculation that it uses chemical camouflage, not unlike varroa mites. So, and there hangs the tale. Is it a form of mimicry, pretending to be a bee? Is it a form of invisibility, so that the bee ignores the parasite? Or is it a behavioral pheromone, meaning the bees notice but are not alarmed or don't care? I'm betting the last as typically the social pheromones in honeybee colonies are long lasting hydrocarbons easy to produce.
And is there an analog to the bee louse in our monkey hives? What if there are invisible weird little fuckers living with us? I had a weird feeling about that. I thought of brownies, elves, fairies, but all of them have good connotations in folklore of helping people, right? Before I went and started marking the level of my milk bottles and counting how many beers were left, could there be some other form of kleptoparasite that was not magically invisible? Something that was not necessarily a different species from us? Something, or someone, we notice and shrug off?
Because it seems to me that humanity is riddled with kleptoparasites.
Any ideas, aside from the usual suspects at the top of the monkey hive? Typicaly prejudice is tilted towards the poor, like gypsies and hoboes stealing cooling pies from window sills..Or snatching small children and replacing them with straw dolls. But what if it's all the banksters and white collar criminals that the equivalent of the bee louse? Clearly a brief exposure to tobacco smoke and sticky wax paper is an inadequate response.
Posted by John Kurman at 12:24 PM 4 comments: