But first, let's all welcome Rush Limbaugh to Hell. If ever anyone distilled the acid bile of white supremacy, bigotry and chauvinism, bottled it in victim-size personal containers, it's Rush. People will say he was being funny, kidding, joking around. No, our soft round boy was never kidding and everyone knew it. He was just a mean feral pest.

Hopefully, Rush is being passed around like an underage Dominican pajama boy from demon to demon, contracting every possible venereal disease in existence.

Anyway, let's talk nuclear fusion rocket engines. You would think a rocket engine would be easier to build than a reactor, seeing as you don't need a sustained and contained reaction, but you always have that squishy spurts at the magnetic pinch that kablooeys the plasma burn. Fusion has been produced since 1932 with a cyclotron by Marc Oliphant at Cambridge's Cavendish laboratory. Fusion is easy to do. Why, a high school science fair student could (has) produce nuclear fusion by constructing a Farnsworth Fusor. The problem is producing a big enough reaction to propel spaceships.

My guess is a successful fusion rocket will, well, first of all it s all magnets. But my guess is a fusion rocket will require a little machine learning AI to cuddle and tickle the plasma to create an exhaust. An AI that we will find composed of algorithms we cannot understand. The fusion rocket will be an alien organ, and part of a larger animal called your spacecraft. You can read all sorts of technical things on fusion engine but I would prefer to work it as a Fermi question from three assumptions.

First, that the engine fuses regular old hydrogen. No fancy lithium deuteride fuel like Project Daedalus used. Let's assume a boron nitride consumable along with the liquid hydrogen fuel, utilizing a cominaion of laser driven intertial confinement and magnetic compression powering a magnetic pulse plasma, and leave it at that.

The second assumption is that whatever the engine looks like, it is about the size and weight (8400kg)of a Rocketdyne F1 engine.I choose the F1 as still the most powerful rocket engine built (late 50s) and its performance characteristics are well known. 1.5 million pounds of thrust. Managed by pumps that could drain an Olympic size pool in seconds.

The third assumption is we are using an Orion spacecraft as payload which is about 22,700kg in mass, and a rocket configuration similar to the first stage of a Saturn 1B, which gives us a rocket dry mass of about 42,000kg, for a total mass of 64,700kg.

Ready to be bored with math? Here we go. A B11-proton fusion reaction produces about 8.9 million electron volts per reaction.

Treating the boron nitride component as part of the engine allows us to use only the mass of the hydrogen fuel for energy density which works out to about 107 trillion joules per kilogram.

That's not bad considering. Okay, lets' go to Mars. Or Mars and back.

Accelerating at 1 g to go halfway to Mars, flip over and decelerate at 1 g to Mars, gives us a very comfy ride that takes, in total depending on the distance, about 8 days 9 hours round trip (assuming average distance of 2 AU). This is about 7128.6 km/sec total speed for the trip

For comparison purposes, a Saturn 1B equipped with an Orion spacecraft payload and using an F1 engine would use 399,400kg of fuel.

Wait, you say, I thought a ton of deuterium fusion fuel is equal to 29 billion tons of coal, and our propellant mass from crude chemical to fusion rocket is only .04 which is 4/100s. Not very impressive.

Fine. This was a crude estimation problem* and besides I'm getting you to Mars in 4 days versus 9 months. Sure we can do better on the approximation but would you rather fly my fusion rocket or end up a tumor-ridden cripple on one of Elon Musk's Starships?

The Era of Broken Dreams 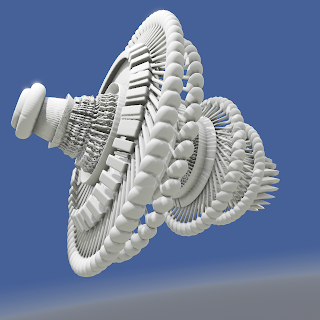 Which I date to Q2 1972, the day the 1% achieved escape velocity. The Long Boom, the post-WWII good times, was an anomaly, a grotesque aberration which stuck in the craw of the rich for intolerable decades. Fortunately, we worked our way back to inequality and the hereditary meritocracy the rich felt had been taken from them. This is, of course, a false narrative as the rich have always enjoyed their economic apartheid, but Q2 1972 was when they were freed forever by machines and algorithms. Now that they had built a secure enclave of domesticated food-powered robot peasants, it was simply a matter of time before they would be entirely rid of the remaining ferals, the stinky food-powered robot peasants.

The 21st century beckoned, when all the cool technocratic shit was going to be available. Not flying cars. Fuck flying cars. What a stupid idea. No, we were supposed to have nuclear fusion, space colonies, cities under the sea, IQ enhancing drugs, smart robots, age-prolongation/rejuvenation, and food-o'plenty grown in little plastic tubs so Earth could once again become an earthly paradise.

All stale century-old dreams of some nerd from the 1920s. Let's pick a current one with the same narrow vision.

How about Elon Musk? Too easy? True, he's a dork with poor communication skills, a perfect product of the current capitalist fitness curve, the narrative of beneficial inequality, but he also has bullshitted so many otherwise sane or semi-intelligent people.

Elon Musk gonna put Texas on the map. Between his prediction of an Austin boom town to Starship, he figures he will be the first trillionaire. That's a million million, and that's something worth being scared of.

Elon Musk piloting a Texas Mecha into the sunset gonna trod upon a lot of ape-shaped ants, but, hey, Elon Musk is going to Mars.

Elon Musk is not going to Mars.

Certainly not with that goofy Buck Rogers Starship. The logistics of a space colony I briefly went into some six years ago in this essay. The odds of a successful space colony are even worse today, but there is no way you win the Solar System* without at least a nuclear thermal rocket, and, quite honestly, even then it's a no-go. You need a nuclear fusion rocket to do anything beyond delivering corpses or tumor-ridden cripples to Mars.

Anyone who looks at the numbers realizes Starship is just a stunt, a con to separate rubes from their monies. Here's a pretty good critique about Starship. I really don't understand why people laud Musk for doing things that were done 60 years ago, and with a lot less computing power. But hey. Musk is supposedly trying to make a resusable launch vehicle to cut down the payload cost of Earth-to-LEO through economies of scale. Current cost is $2,720/kg on a Falcon 9. (Actual cost is much higher due to adding in beyond the launch cost).

The thing that really pisses me off is the USA had a perfectly acceptable nuclear thermal rocket from the NERVA test days, back when it was estimated (from actual test results) a nuke launch would be around $10/kg. True, people worried about a nuclear booster crash, but we've already got so much plutonium in our bones, what's a few nanograms-per-person more?

I think it's really interesting that the last test of a nuclear thermal rocket, the NERVA-XE in 1969, was just at the ankle bend of the development curve, and, 50 years later, would be kicking the living crap out of any existing chemical rocket. Given 50 years development and use, there would currently be at least 10 million tons of stuff in orbit right now. Easily. As opposed to the ISS 420 tons. What's a few atomic accidents, considering the fuck-ups we've already experienced?

So, Elon is no dummy. He knows this. He's conning you.

I have attire, you have despair

It is very close to one year under the plague restrictions and I probably should be fluent in Spanish, but instead I am reduced to watching reruns of reality TV. Click bait shows, celebrating schadenfreude and massive fail. Back in my day we called them sitcoms.

This week I realized I am watching reruns of reruns and also the library opened back up so now I have books to read. I am alarmed at how old and stupid I am becoming. 20-30 years ago I'd do 3-4 books every week or two and remember most of the stuff I read. Now, it must be because I don't sleep and dream as much and the short-term to long-term memory just ain't what it used to be. I am inexorably becoming addled. That's a joke because the family history is, thank the Nothing, dementia-free.

Still, the main thing is that you eventually hate these people, and the only way to change that is put even more awful people on to the show. Eventually, people you used to hate become preferable what's next on the downward treadmill. Until, back to slavery, I guess. Matter of fact, a better title of any piece of fiction is Slaves and Masters.

Here's a fiction for you, flavored by the 2020 Nagorno-Karabakh war. 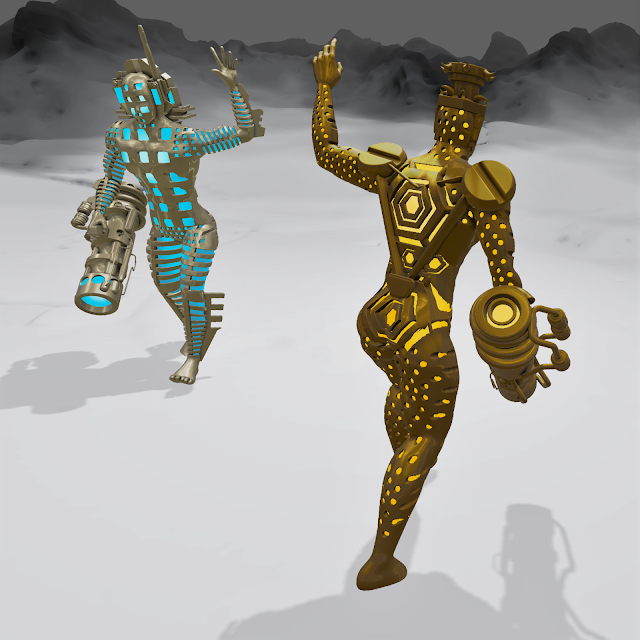 It's interesting how competence as a measure for qualities changes through the ages. Now, it means doing something well. But a century ago, when character mattered more than doing, it meant trustworthy, to be a gentleman. The lowly mechanick of two centuries ago, competent by today's standards, was thought of little better than a whore.Like actors. And if we take Modernism to be recent, then the past 5000 years of modern history views competence as simply getting along with other people not like yourself. Which gets us back to hating people on TV.

People talk about well of course there is conspiracy run amok on the Internet because it was designed to be gossipy and conspiratorial in structure. If the Internet is our brain, then I guess TV is our eyes, radio our ears. I've lost the point.

Reading an E.O. Wilson book about, what do you know, ants. The Fermi entertainment, meaning mathematically guessing, for how many ants there are tells us this is the Planet of the Ants (provided you ignore microbes and assume they aren't a superintelligent billions year old subterranean world net).

Around 7.5 billion humans in the terran Petri dish versus a million times as many ants. But! Ants on average are a million times smaller than humans so it works out biomass-wise we about even steven. So! What about infrastructure? Our techno biofilm vs the ants. Let's go one trillion pounds for each pound of human flesh. Ants? Oh. They've had a 99 million year head start.

But then. ants haven't been to the Moon. Or have they?