Water On The Moon

In 1859, Edwin Drake drilled the first successful oil well near Titusville, PA. He drilled down 69 feet to hit oil. Nice!

It is said that had he drilled as little as six feet from the spot he chose, he would not have hit oil. He managed to find the tippy top of the oil deposit. He was almost out of money, so he would've had to stop, and either someone else would be the Edwin Drake of oil, or the oil industry may have been delayed by years or decades. Probably not.

It turns out Apollo 15 astronaut David Scott had the opposite luck of Edwin Drake while drilling core samples. They had problems with the lunar sample drill but eventually got a ten foot deep core sample. Had Astronaut Scott drilled as little as six feet away from the spot he chose, he would have run into an ice chimney of the ice glacier beneath them at Hadley, part of a vast sublunar network of mantle ice. 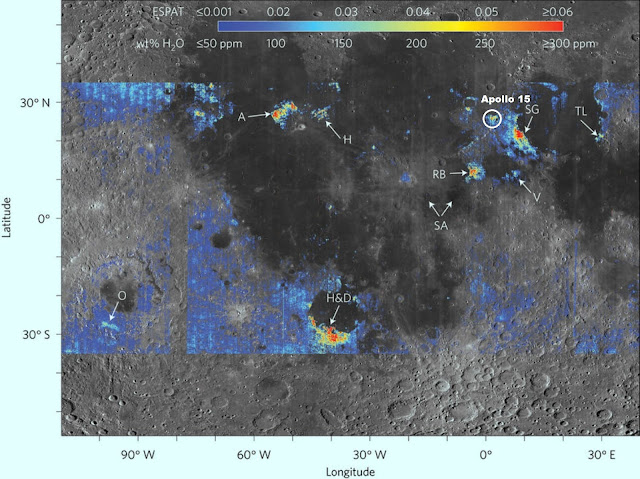 What impact on historical events would there have been if water on the Moon had been discovered 49 years earlier than today? Answer: not much.

Recall that the public attention and popular imagination had already soured on the Moon landings. The folks at NASA would have been clamoring for a permanent residence on the Moon after the 1971 water ice discovery, but no one else was interested. Not Congress. Certainly not Nixon. And so, the space program would have continued as it did.

Or... in 2020 30 million people live on the Moon. Just like the fairy tales I was told on Star Trek and other space shows.

The reason Baby Boomers are pissed is we were supposed to be Rocket Rangers. And instead we got Facebook.