Ultra Society by Peter Turchin. How 10,000 years of war made humans the greatest cooperators on Earth

Leaving for work this morning, I realized I forgot my cell phone mobile. I went back to get it, and wondered if, back in the 90s, the reason the Japs came up with tamagotchi was to get us all ready for this horrible parasitic little device we all seem to have to have now. I can only hope the Steve Jobs of thew world rot in Hell next to the Timothy McVeighs. (We may have to create virtual Hell to upload them all). Not that Jobs came up with the mobile, merely that he is associated with the thing and just in general deserves to rot in Hell.

One other thing I of note was a story my brother told me where he was at a pitching cage with a radar gun. He balled up his body, and with every bit of strength and sinew that he had threw his fastest fast ball... and the radar gun registered 35 miles per hour.

Both these things will hopefully be used later on in the essay.

So, the premise of Turchin's book is that war created our complex society, and it did so mainly through group selection, or as he calls it Cultural Multitlevel Selection. I had to read the book with a few grains of salt, but generally like it because Turchin, like me, is not a big fan of either Richard Dawkins' or Steven Pinker's scholarship. Which is to say, Often-Wrong Dawkins should probably do what distinguished elderly scientists do best, which is to die and make room for better ideas that are closer to reality.

Bishop Dawkins has been pushing the gene-centric view of selection for far too long, has ridiculed and vilified any other kind of selection as pretty much heresy. Pinker also pooh-poohs the idea of group selection. Both rely upon kin selection, reciprocal altruism, and reputation management to explain the evolution of cooperation. Problem is, they don't always work.

The biggest problem with the selfish gene model is Dawkins cannot explain altruism or empathy. Dawkins is reduced to a pathetic handwaving statement such as this from his wretched book The God Delusion:


In ancestral times, we had the opportunity to be altruistic only towards close kin and potential reciprocators. Nowadays that restriction is no longer there, but the rule persists. Why would it not? It is just like sexual desire. We can no more help ourselves feeling pity when we see a weeping unfortunate (who is unrelated and unable to reciprocate) than we can help ourselves feeling lust for a member of the opposite sex (who may be infertile or otherwise unable to reproduce). Both are misfirings, Darwinian mistakes, blessed, precious mistakes. 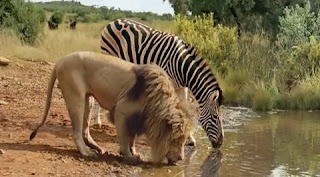 In other words, "then something magical happens". But all one needs to do is look at, say, the African savanna and ask why are all these unrelated animals on the lookout for predators. Or for that matter, why isn't it a Hobbesian war of all against all? What's in it for the zebra to sound the alarm for the wildebeest? Why would any of the selfish little organelles give a shit about the eukaryotic cellular whole? Or for that matter, why do my cells, a great many of them not even me (yes folks, you are a chimerical mosaic monster of other people's and animal's and viruses'  cells and DNA), give a shit about any of the cells in my body, which, honestly, is about as vast and weakly connected as a galactic civilization communicating at the speed of light?

No, it doesn't wash. Way too much magical thinking involved. This is not to say that Turchin's system of theory are not immune to magical thinking, but the evidence is piling up that there is indeed multi-level selection going on.

Pinker's scholarship also suffers. One of the interesting things is he contends that violence has gone done considerably since our hunter-gatherer days. Archaeological evidence suggests that personal violence may have gone done (we, uh, we sure do like to eat each other a lot), but the societal metric that Pinker uses is to many very suspect. (Some very sloppy scholarship and induction in that book of his). Turchin points out that, if you look at the the archeological evidence, though hunter-gatherers appeared to be violent, the trend of violence increased from 10,000 BCE until about around 500 BCE, then it kind of went down.

What happened? Turchin says Religion. Uh-oh, I'm sure Dawkins will stick out a pouty lower lip at that statement. And yet, during what is deemed the Axial Age, monotheistic philosophical movements (Buddhism, Zororastrianism, Confucianism etc.) appeared that suddenly pushed for a kinder gentler type of governing. What happened? Probably the first instance of the panoptic surveillance state, or at least the perceived version of one. (A watched person is more likely a well-behaved person, and if a giant invisible sky fairy has his eye on you, knowing whether you've been naughty or nice...)

But I'm getting ahead of myself. People have been looking for the differences between humans and animals. Usually it is tool use, but, oh, sorry, culture in the form of technology predates humans. (So does society and war, by at least 100 million years).

But probably a defining difference is that man can throw things, and throw things more accurately than any other primate. Man uses ranged weapons, starting with rocks, and working up to rockets. Ranged weapons have an interesting egalitarian effect, not only against other predators, but amongst peoples. I don't need to be a big strong bully to take down another big strong bully. When I look at a hand axe, what looks like an ungainly and awkward two-pound piece of flint, I may see a not-particularly-great bashing weapon, but, with it's razor sharp flint edge and just enough heft, a very effective throwing weapon. Especially when a lion or what have you doesn't see it coming. Ow! Hey! Little monkey fucker!

Ranged weapons are at least two million years old, and not coincidentally come into proper use with the emergence of Homo erectus. Now, the thing about homo erectus is they got the proper ball and socket shoulder joint, the musculature, and the big-brain eye-hand coordination to really whip that sucker hard. I mean, computer models suggest these guys and gals could easily throw a 100 mph fast ball, making most of today's MLB pitchers rather mundane.

And that matters. It meant for a pretty evenly matched group of people. Throw in a moment arm multiplier like a spear shaft, and then an atlatl, and then a bow and arrow, and you have a great equalizer not seen until Samuel Colt came along. Turchin theorizes and provides evidence that hunter-gatherers were very egalitarian, and anthropological studies suggest that bullies or people trying to set themselves up as chiefs generally their asses killed by the rest of the tribe if they got out of hand. And so it was for 95% of out evolutionary and cultural history. It might explain why we don't like cheaters and bullies, and have so many institutional methods of keeping the alpha male in line.

Then something happened. Multi-tribe chiefs appear (with their cohorts), and suddenly you have dictators, and inequality, god-kings demanding worship and tribute and human sacrifices. And war got worse. And worse. And you end up with these butt-holes getting monuments built to themselves.

Whoops, I left out a step. Turchin notes that societal groups seem to have magic numbers. Beyond a certain number of people, a niche opens up that allows for bullies and their cohorts. (Remember, bullies cannot exist with a supporting cohort to surveil and suppress the rest of society).

He points out that this depends somewhat upon geography. If there are geographic barriers that limit the size of the population, you can't reach that magic population number (not unlike Dunbar's number) , and you end up with small bickering clans, tribes, and chiefdoms. The classic case is New Guinea, small valleys separated by mountains. (Similarly dense jungle, or swamp, or islands). New Guinea, as far as can be determined, was colonized by people's possessed of the Neolithic cultural package, but never progressing beyond it. They've had 10,000 years of war. This might suggest Turchin's theory isn't all ti's cracked up to be. My thought is this points out that true driver of cultural change, aside from multi-level selection, is logistics. Which, of course, is what war is really about (not strategy and tactics). If the numbers aren't there to build up a structure which allows for an extended logistical behavior, you get stuck. Although you also have a ritualization of war in new Guinea. They never experience genocide per se. A clan may be wiped out, but never a whole tribe.

This might suggest one variation of an answer to the Fermi Paradox. The aliens are out there, but they are stuck in eternal war.

So, now back to the Axial Age. Turchin suggests that it was not the Enlightenment that resulted in a relative decrease in violence. Makes sense. The Enlightenment is used far too often by Western scholars, and besides, lots of incredibly despicable individual and mass behaviors occur, and continue to occur after the (ha!) Age of Reason. So fuck that noise.

Turchin suggests that society as a whole, when it comes to structural inequality at least, that we've zigged, then zagged, then zigged back to some type of egalitarianism. I don't see it. Or if has happened, it's currently just a little zig back to a fair deal. Although, if the Ayn Rand delusional butt-hole parasites win, the ones that think they owe nothing to society or community, look for a very long, very Dark age of despotism. Coupled with parasitic panoptic technology, and human enhancement of all stripes and flavors, we may never get out of this dystopian Darkest of Dark Ages.

Turchin is currently extolling the accumulation of a Big Data effort to compile all archaeological, anthropological, sociological evidence to, I guess, run some learning algorithms up against and see what pops out. I can't see this as a bad idea.

Summarized report. Worth a skim.

I think the magic number idea is worth pursuing. I think that there is no fractal structure here, because fractals work kind of well, but are not a true fit to nature, as self-similarity eventually breaks down (history don't rhyme either), and my suspicion is there is a magic population number that exists up in the high billions or maybe trillions that makes things zig again. Or zag. Hopefully zig.
Posted by John Kurman at 7:51 AM