A potential game changer has been developed by a researcher at North Carolina State University - a bullet proof composite metal foam. The researcher, Dr. Afsaneh Rabiei, and her staff have found that the inch thick armor plate - composed of a boron nitride ablative ceramic outer tile, impact absorbing composite metal foam, and Kevlar cloth backing - that it doesn't just stop armor piercing rounds, it obliterates them to dust.

The game changing aspect, of course, is not that the material is great for personal bulletproof armor - although that is certainly application - but for space capsules and space stations, as it not only stops 7.62 armor piercing rounds, but also stops x-rays, gamma rays, and neutron radiation! 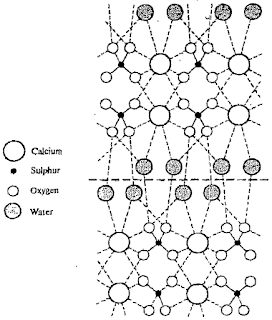 Speaking of impacts. I went back to square one with the plaster. Bashing it with a hammer, and then later a hammer and chisel. The results are not impressive. But I do feel the need to understand this weird stuff better. My suspicion is, since plaster is an amorphous material held together by water, the impact velocity determines whether I get a fracture or a cleavage. I prefer cleavage, ah ha ha, but that is not as interesting a surface as a fracture.

And from outer space to inner space, the first brain scans of people on LSD are in. It really is a pity that that megalomaniacal dickhead Timothy Leary fucked up research on psychedelic drugs for all the rest of us, and set practice back good fifty years where it should be, but they are finally doing serious research on the stuff. The fact that they got MRI scans of people on LSD is a major step forward, and will probably explain a lot, like dude why people's brains turn orange on acid. 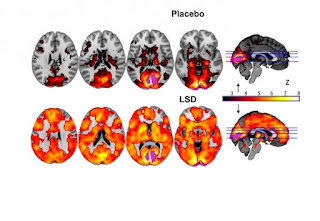 I remember having a dream one time that I was tripping, and it was the most intense visual hallucinatory experience I ever had. And then I woke up. Anyone want to tell me why me dreaming about tripping on acid was at least ten times better than any time when I on acid?
Posted by John Kurman at 10:55 AM