So, I decided to get a handle on breaking molds before I play with dehydrating and breaking them. I took a donut from a Fischer Price donut stacker and made a mold of that. I broke the mold with a hammer and chisel. 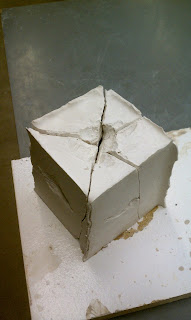 I put the mold in the kiln at 200F overnight to dry it so I could cast clay in it. I encased the mold in a plastic bag and slipcast the clay donut. 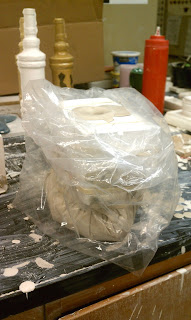 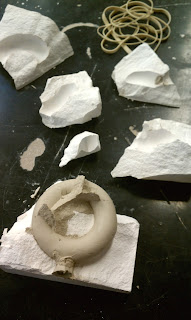 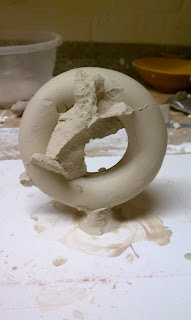 I realized that things would move faster if I just cast it in wax. That way I wouldn't have to wait for the mold to dry out. So I embedded the slip cast clay in a plaster block, and bashed the crap out of the block. 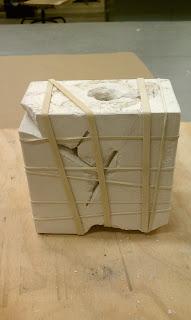 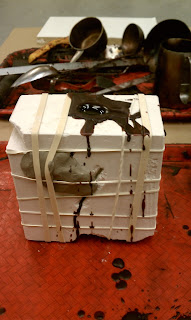 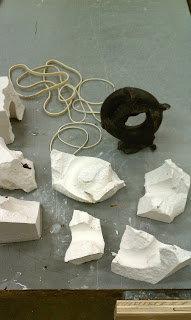 The wax I got out was the 2nd iteration of the smash mold, and it was getting difficult to remove the wax due to undercuts. So I was done with the donut. 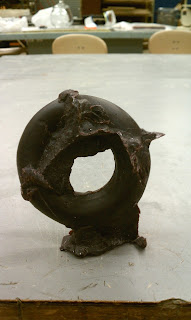 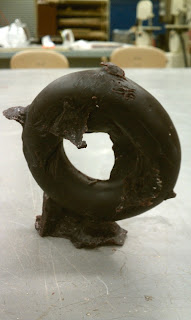 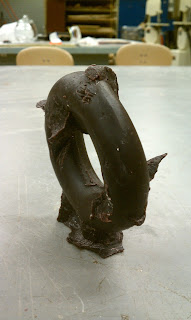 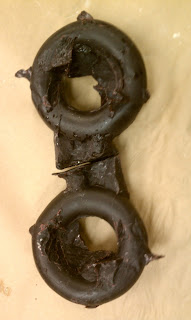 Then I cast a wax sphere into a plaster block, and smashed that. 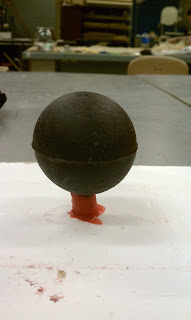 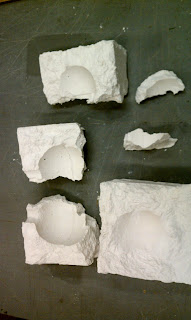 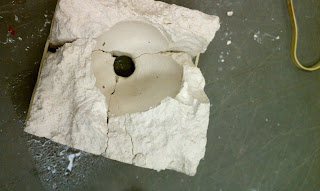 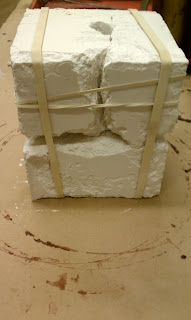 The plaster did not completely cure, so it really got fucked up, and I was only able to make a one iteration smash mold of the waxes before it fell apart. 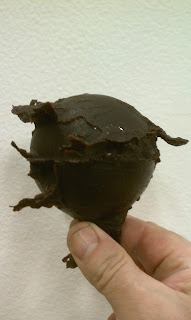 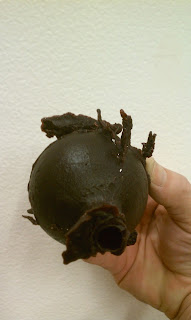 I was more careful on the next smash mold. I waited for the mold to cure, then used a little less brute force in smashing it. 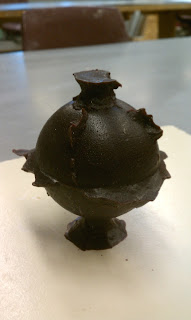 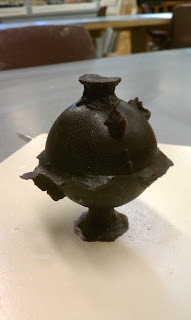 Cast the wax, embedded that in a plaster block, smashed that, and cast a second iteration wax.

I noticed there really isn't much of a change between iterations, but I ran out of time today. I will cast one of the 2nd iteration waxes in a mold and smash next week, but I got a feeling I've found the limits of the heuristic with just plain smashing.

I can, of course, modify the waxes afterwards, and will, even though technically I am violating the rules of spontaneity.
Posted by John Kurman at 1:03 PM