The Dawn of Everything by David Graeber and David Wengrow

It is a tragedy that there will not be three or four sequels to this book, as planned. Genius is tossed about too casually, but David Graeber definitely was a genius. I'm gonna have to buy this book as the limit of the library loan made me skim a lot (never enjoyable). I like to read and then walk and sleep on it. This is a book worth rereading. The main point of the book is its time to reexamine our data, check our bias, see what is probably correct or absurdly wrong. Much of the prehistoric narrative, and the advancement of civilization, is mostly wrong. We have a prejudice, a bigotry, towards primitive man which has made us mostly wrong about the past. We have a paucity of imagination on purpose, to be scientific. But that makes us objectively wrong.

Picture yourself  15,000 years ago. Or I will. I'll look mighty peculiar. White people have not been invented yet. Oh sure, still another 8000 years and latitude and dietary changes to get the combo of light complected skin, eyes, hair. I am also frail and gracile compared to the short robust people of this time. Any one of these prehistoric people could break me in half. Mostly foragers, some play gardens towards occasional flood zone agriculture. They are incredibly fit and well fed, and also smarter than me, in a generalist way.

Half a million years of cooking had shrunk their jaws almost as much as mine, but I had been selected for, among other things, vocal production. Language being a big bang for the buck communication;my short face, long neck, and descent of larynx has given my voice an operatic style of timbre, articulation, and perhaps range. This does not mean someone 15,000 years ago couldn't talk. Of course they could. Stuck in the popular mind are grunting and hooting cartoons. 100,000 years ago, yes, humans were not capable of the full range of human speech, but I think it ridiculous to assume they did not talk, or that language itself accelerated our cultural development.

Articulate people, also playful, creative, imaginative, curious, cautious, and almost always in charge. They are not cowering in caves warding off animals with torches, but out and about in the world.

And what a world! Not the impoverished ecosystems of 21st century Earth, but teeming with an embarassment of overflowing life, lush with plants and animals. Rivers covered in fish. Oceans, plains, forests teaming with game, A landscape already fire shaped by human technology for human desire. Their entire necessary technology, the world's tools, on or about their person, and easy access to more.

How easy? By making, but more often trading. The trades extend throughout Eurasia and Africa going back at least 60,000-75,000 years. Extensive trade based upon so many objects far from their origins. Evidence also of not just making, but industrial mass production. A whole variety of things from arrowheads to mammoth ivory beads, to wood and bone and leather and rope. Beautiful things spectacular in their individual styles, yet still efficiently mass produced. The people back then, the myth goes, were much more free - free to work and play - than we are today. So, what went wrong? The idea is somehow we got stuck society-wise in this heirarchy, kind of like a bunch of bacteria locked in as symbiotes to a larger eukaryotic cell. The state? Let's not get ahead of ourselves.

The Ds, Davids, Graeber and Wengrow have written a critque of the current narrative we have about prehistoric and near historic peoples,which I will get into, but they base much of their critique on what they call primordial freedoms:

Freedom to play (at social experiments).

I think there is one more primordial freedom, which is:

Freedom to get fucked up, intoxicated, psychedelic, &c.

The Ds work from archaeological finds - the most recent 30 years - which are just now yielding vast amounts of information about how we past peoples lived. The archaeological evidence suggests the modern interpretation of prehistory, via people like Jared Diamond, Steven Pinker and Francis Fukuyama, are by and large just-so stories.

This is not a put down of the above authors. Evidence changes, old museum artifacts identified correctly, new digs with contemporary technique, a clearer picture of prehistoric us. There is also recognized cutltural bias - despite cold reasoned deductive techniques - causing Victorian biologists to name a bug a queen bee. Not Egglayer. Not Old Means of Production. Queen. Or depicting Neanderthals as shambling ape men.

Starting with Rousseau and proceeding through the Enlightenment, the Ds say anthropological narrative mimics the stale story of the Bible. Starting in a egalitarian savage state and "racing for our chains" (Rousseau) via the agricultural revolution, property rights, and heirarchy.

(The Ds make a good case that most of our American ideas about democracy were actually critiques and arguments from Eastern Woodland philosophers, towards Jesuits. There was certainly no tradition of democracy in Europe to compare to the radical ideas of the primordial freedoms).

The contemporary narrative of progresss is us moving from clans to tribes to chiefdoms to states. Each level an increase in population size, better lifestyle and accumulation of wealth. The evidence suggests otherwise. People did just fine as foragers. People did just fine without bosses. People built cities without bosses. Didn't need agriculture to sustain these cities. Most cities started out as mudpie play and added to over the centuries. They were built, abandoned, refurbished, demolished, like childrens treehouses. Again, a reminder that prehistoric us was just as imaginative, clever, and playful as we are now. Probably more. In any case, these European blinkers on paleontology produced some whoppers of judgements.

Example: The Great Leap, a cultural leap 40,000 years ago, based on increased sophistication of artifacts. Judgement: False positive, with bias. Western archeological research had been mainly digging up stuff in Europe. Unfortunately this priming error has promoted Western chauvinism (white supremacy). More to the point, the European invasion and slaughter of the inhabitants of Turtle Island (as N. America was indigenously known) was inevitable, almost manifest destiny. Diamond, Pinker etc. are quick to point out the external advantages, the guns, germs and steel, as opposed to any inate superiority of the invasive species, nevertheless they treat it as fate. Where instead is coincidence, and a small window of coincidence at that.

Back to primordial truths. Freedom to leave. Freedom to disobey. Freedom to play. How are these supported in the archaeological record? Well, take prehistoric cities, like in the Anatolian highlands, the Indus valley, the Ukrainian mammoth bone villages, have no palaces, no physical signs of income inequality. More like suburban tracts of similar houses, cells in a beehive, all grown over centuries of playing around at building. Gobeckli Tepe, Kaharantepe, assumed to be temples, feel more like amusement parks, haunted houses. Built on some agreed upon plan with no central planners, or at least no permanent bosses. What you might call nowadays a DAO, a decentralized autonomous organization, but with some seasonality. As if, for a period of mutual improvement and fun, all volunteered for corvee labor, and then went on their merry way to do whatever TF they wanted until the next season or get-together.

So what you generally find, is that people do just fine without bosses. Bosses are nowadays a complex mixture of sovereignty, charismatic politics, and bureaucracy. Mini-states.Mini-mansions.

A big just-so story is once you get too many people together, you need a heirarchy of bosses to run them all. Turns out humans have been capable of mass industrial production with standardization of parts for at least 100,000 years, and with no evidence of heirarchy or dominance. Just the opposite. Often you would find the most elaborate paleolithic grave sights thought to be princes and princesses, were more often bone deformed in some way. Differently abled, cared for, cherished, dying in a society that allowed for charity.

The Ds have tons of examples, but nothing was tied together to see if the question was stupid or poorly framed. They admit that their question is how did we get stuck? That's a better question, and I think that is what the next book would have been about. It's a rushed answer they give, but I've part of the answer. It involves my 4th primordial freedom: freedom to get fucked up.

In every example of every state they reviewed, all the orgs had control over intoxicants, had a purity code and efficiently mass produced industrial drug system.

Note to self: every state ever controlled their drugs. Standardized and regulated good drugs to the people. Mesopotamian barley beer, Egypt had wheat beer, Incas corn beer, and along with/before that the pscyhoactive drugs and any shit you can eat, drink or smoke. 15,000 years ago, people went to megalithic sites to party and get fucked up and fool around. Get freely fucked up and see a show. And what better way to get fucked up than with well regulated drugs? Well distributed drugs? Heirarchy is the best supply chain and before you know it, you're stuck.

I would argue that drug use, many other practices, is protected under the 2nd amendment. And that, dearie dears, being necessary to the security of the state, shall not be infringed.

Short version? Read the book. Worth reading. Read 1491 along with it.

Oh yeah, what about agriculture and property rights? The so-called Agricultural Revoltion was a 10,000 year span of opportunistic gardening, only adopted permanently after an impoverishment of the land. We stupid apes are worse than fire ants. 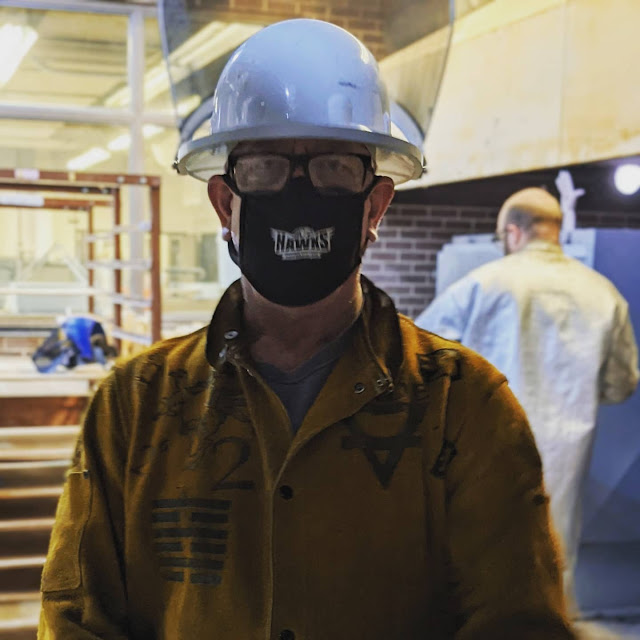 Property rights? Ridiculous at face value, that a tiny lifespan/spaced bug like you can own a piece of 4.5 billion year old Earth. OK firefly. Neverthless, obviously a perversion of sacred body space I guess. A persversion of what you consider sacred.