I have an Oculus Rift-S. I sit in the middle of the couch when I use it with the coffee table pushed forward so I don't bang into anything. My only purpose in getting this rig was for artistic expression. For that, there are a lot free things. Gravity Sketch, good solid industrial design program. The Facebook/Oculus in-house Quill, which makes me nauseous. Clay analog voxel software Medium. Medium has been sold off to Adobe. 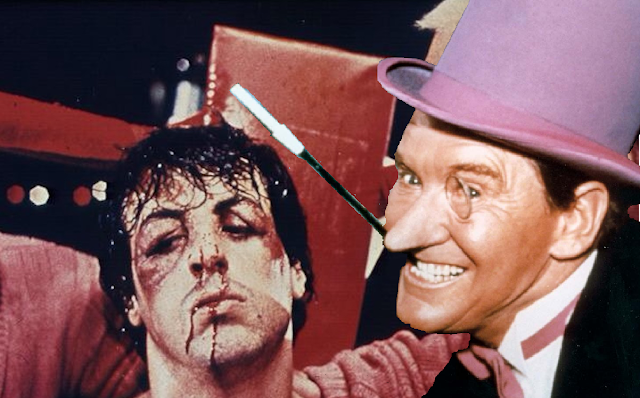 There are I'm sure much better systems, but I am comfortable in Medium's saddle and froze and walled it off from the wilder yonder, if that's possible. If you haven't experienced VR, the good stuff is almost too immersive. There should be a dial to get back to the outside.

My rig has really nice sounds for my music. Sometimes, ambient background noise makes me feel someone is in the room with me. I will tear off my visor to an empty room.

A Black Mirror/Twilight Zone episode: My rig has a B&W camera used for setup of floor and safety zone. Ambient noise makes me feel someone is in the room. I turn the dial on the camera and a looming figure stands over me. After a brief heart attack, I rip the visor off to an empty room.

After I'd played with immersive sculpture and animation, I thought so we are back to the stolen dreams of the 80s. Ready Player One. But there has to be more. I thought of ideas, but the good ideas are good for a reason and a lot of people think of them. Then there are the people with more money who fuck up your good idea.

VRChat, and before that Altspace, the WoW of VR social. Although the avatars were fun, the kiddies were annoying. Pass. Although VRchat had full body trolling with sensors wrapped around the ankles. Hands, ankles, visor is all you need. A cheap Mocap suit for what? $450? $700?

I thought of sports bar avatar karaoke on the big screen. Slip on wrist and ankle sensors, a head band, tied into a VJ station, and you get the Masked Singer Dancer on the big TV screens. Psychedelic, (This was 2014 idea of mine, and 57 million other bright lads). You get a Mp4 of your performance and maybe a highlight on our karaoke popular.

Better still. Dance groups. With groups you head into kinect territory. Easier to track one hundred with a kinect. Can still do sensors, no prob. If  4 sensors gets you a human, two dancers with 8 sensors gets you a spider or an octopus. Well, no. Octopus is hard. Maybe 100 dancers for one octopus.

Point beyond performance art? It's not going to stop at body sensors, The visors will pick up stuff from the brain. READ ONLY is bad enough but if a visor can write to a brain... it can write to a brain from a distance. You don't have to be wearing a visor as writeware.

We are entering a dangerous age/ (As if we haven't always been).

The past has been crises of scarcity. The future crises of plenty. The danger of utopia far surpass what we have experienced.

Back to the dance troupe. It could be a company of soldiers, spread over hundreds of miles. Better still, commanders along for the ride, watching, guarding, and ordering from first sight facts, over thousands of miles. The Borg Trap. The drug of omniscience.

Everyone a soaring eagle loses the burrow.

Anyway, an Xsens suit costs the tens of thousands, the Danish Rokoko is in the thousands. You can do DYI. I won't. I'll build (ha!) or wait for the market. I still need a hamster cage. No one has done a good job on the hamster cage. You would think by now they would have parks where you have 200 feet vertical/horizontal hamster cages and are simulating space war. Or maybe that''s what the UFOs are, the US Navy seeing 25th century thrill rides.

Anyway, the logical choice is to go all e-brain passing cloud so you ain't thrashing around, and I say, yeah sounds fun but Nope,

I'm a stupid old donkey, and kind of want to stay that way.

That picture of the Penguin from 1960's TV show Batman and Rocky Balboa from the movie Rocky is a Nested Celebrity Mashup. Pick an actor, put in the role from on show or movie, and put in another. Burgess Meredith as the Penguin as Mickey Goldmill.