It blowed up real good. 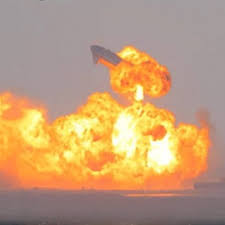 So, is Elon Musk wasting our time? He's selling off his properties to convince us he really is going to Mars. He's invested in companies that can be utitlized for Mars. Tesla: power generation and power storage. Boring Company: tunnels. Spacex: rickety rockets. Neuralink: mind-controlled slave army.

Because no one wants to live on Mars. Mars is a shithole. Mars is Earth after WWVIII or WWIX. You go to Mars after everyone has lost WWX. That's the way it works in the sci-fi movies, white trash move to next trailer park after fucking up last one.

Anyway, so the SN10 blowed up real good. I read a few articles about it and then made the mistake of reading the comment sections. More often than not, people have just a tiny fifteen minute memory of historical events, and think that Starship has never been done before.

"How long would it take for the government to do this? Decades, and with the cost of trillions of dollars!"

"Scrap that wasteful government SLS program! Spacex is doing what no one has done before!"

Well, government doesn't do it. Government hands out shit-tons of monies to contractors who do it. Look at any massive public works. Duh.

And Musk has, with his as-yet-to-be-reusable rockets, duplicated efforts that go back to 1957. Congrats, Elon, you made it to the Kaputniks of the 1950s. But a lot of people forget about the Delta Clipper.

Funded by the DoD and contracted out to McDonnell-Douglas. The DC-X was developed in just 21 months at a cost of $60 million. First trial was 8/18/93, 20 years before Spacex Grasshopper. The DC-X worked not just the first time. It worked every time. 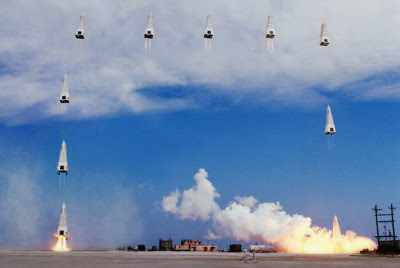 NASA reluctantly took over the operation and kind of sabotaged it. NASA had it's own program through Lockheed Martin Venture Star. Honestly Lockheed has been resting on its laurels since the SR-71, though they still had lots of good engineers. The X-33 (Venture Star) was the victim of a lot of bad management decisions, both in design and construction. The big problem was choosing to make the liquid hydrogen tank out of advanced composites, which were just not up to snuff.

The X33 could have flown, but did not, and we have been wasting our time for 20 years.

And as far as I can tell, Elon Musk continues to waste our time with his (eventual, I'm guessing), very expensive transcontinental cargo ship.