DALLE-2 and the End of Art

Arthur C. Danto, art critic, once declared the end of art and DALLE-2 might be it. 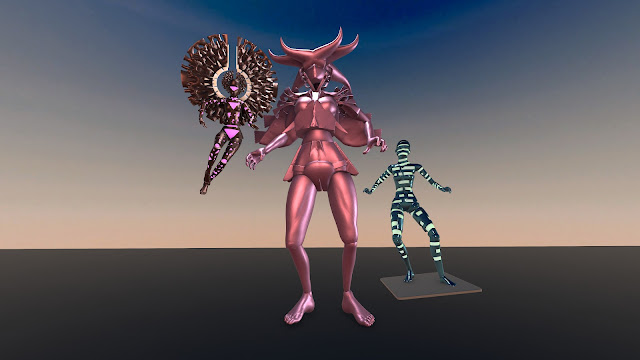 DALLE-2 is a text to image app from OpenAI and it is astonishingly good. You put in any text and a scene is provided in return. A djinn and a wish. For example, "Hothouse elves in a greenhouse of flowering fire plants and vines, in the style of ____" and voila! A replicator and a holosuite rolled into one produces your scene. Your world building, your characters, and you can adjust it just by being more specific like a recursive wishaholic.
Graphic and game designers, artists who know about it are either nervous or greedy to get their hands on it. I'm signed up. You can submit pic requests to OpenAI via Twitter and Instagram right now if you wish. Some consider this highly dangerous, deep fake wise, but if you cannot rely on computer number one (taps head) to sift out the bullshit, you are kind of fucked anyway. Hopefully someone will look out for you.
I played with DALLE back in 2021 and am blown away at the advancement. I shouldn't be, but I am. Here's the thing, that part to me that I wanted to use was: in the style of_____
I was too lazy to download and learn the software, so I relied upon service, Snowpixel. I relayed the desire that when it came to that In the Style of____ lazy Johnny wanted in the style of me. The developer replied you are about the millionth person that wants that. Artists hand a multiuniverse generating versions of their own works. A vast portfolio of John Kurman stuff for me to pick and choose and point in directions I want to go. It is a Moog synthesizer of  brain toy.
Here's the funny thing, you guys ready? Samples of my art indicate I am 73 different artists. Never one to be patient, I roam the borders, forever in novelty. So of course I want to use DALLE-2.
OpenAI also has a text generator called GPT-3 which can code, blog, and argue. I'm sure someone has suggested GPT-3 texting DALLE-2 and bye bye.
Posted by John Kurman at 8:16 PM