Blast doors won't make a difference, not when your wormhole collapses into a false vacuum bubble. 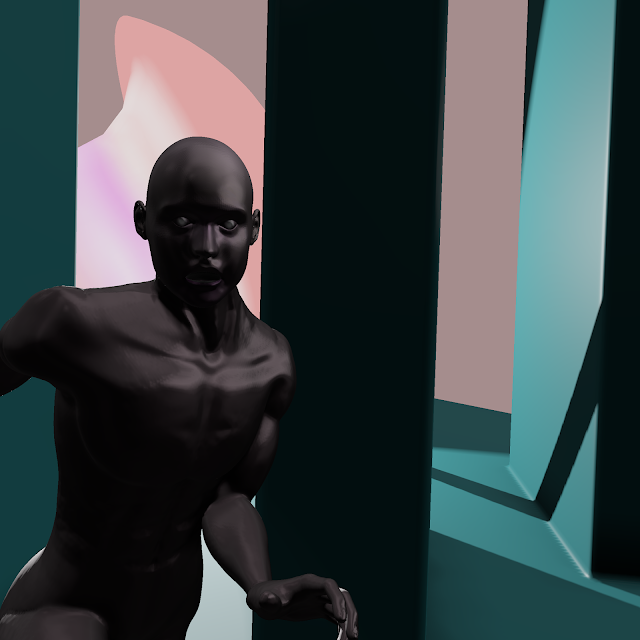 And just be glad there is no false vacuum decay, else you, me, all our favorite stuff, suddenly swept away by a true vacuum bubble accelerating towards infinity. 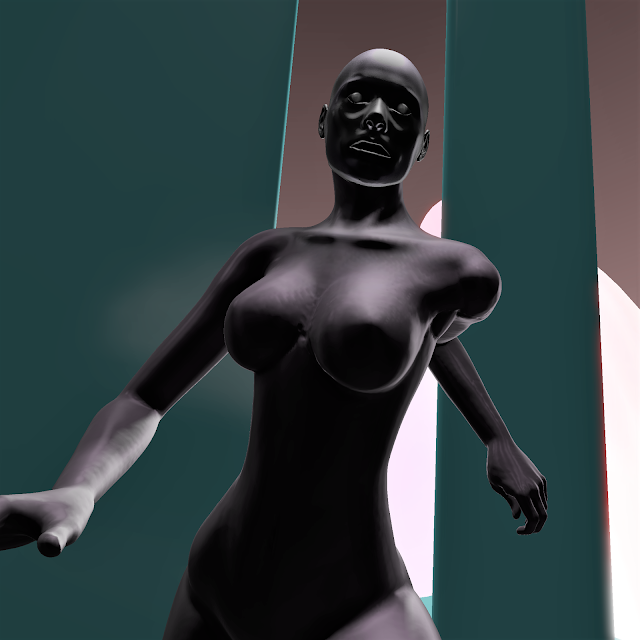 These scenarios are part of the superposition of stories when you operate a faulty Time Tunnel, part of OPERATION TIC TOC, buried somewhere in the Arizona desert. There is no such thing as a beta test for time machines. They either work, or work wierd. And weird may be great for a TV show. Not so great when you are lost in a swirling maze of past and future ages. 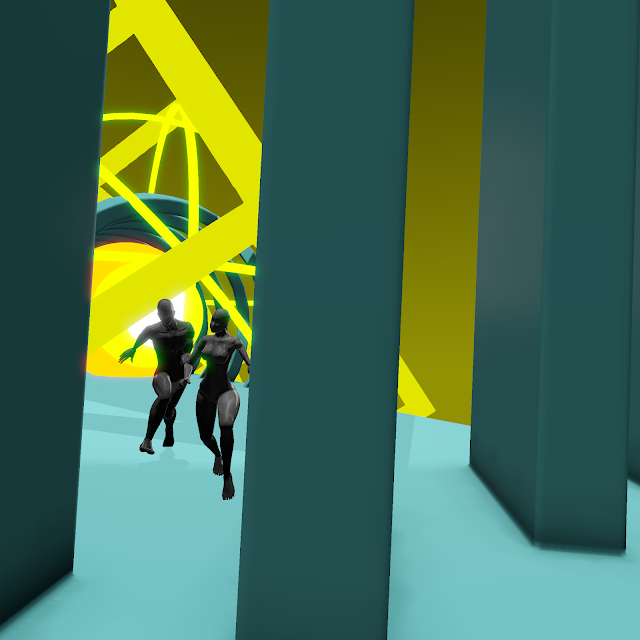 Before Irwin Allen became the Master of Disaster with the Poseidon Adventure and the Towering Inferno, he did cheesy scifi TV.

Land of the Giants, Voyage to the Bottom of the Sea, Lost in Space, and The Time Tunnel. The shows didn't usually start out cheesy and frantic, but TV ratings of the 1960s demanded increasing titillation. Irwin Allen was up against Batman, so race to the bottom. Couple of things that thrilled me as a boy: sparking explosions and scene shake. Irwin Allen was addicted to shaking cameras and rattling hammers in buckets.It's an unfortunate cheap practical effect still in use. Sparks? Irwin Allen did not know what a fuse was.

The advantage of the Time Tunnel was Allen had access to 20th Century Fox film and TV footage, props stock and sets making historical scenes going back to 1,000,000BCE available for free. Still, it was one of the most expensive TV shows for 1966. When ABC told Allen to cut the budget, he refused and the show was cancelled after one season. I'm betting Irwin Allen made some serious coin here.

TVTropes is the best. There are other fan sites, but TVtrope cuts through the bullshit and gives you the insights. Best to read before continuing. I'll wait. 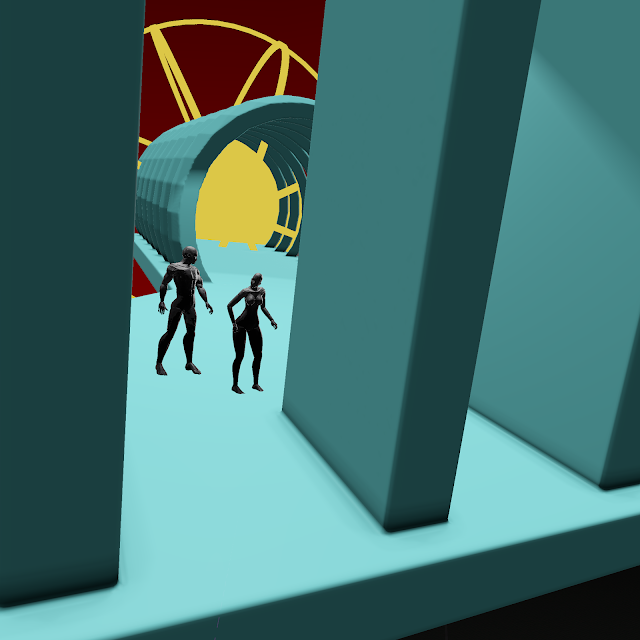 Two things from TVtropes I think are important. The only lady scientist, Dr. Ann MacGregor, is Smurfette, who I guess is making sandwiches for the boys. She's always being carrried out of harm's way the second shit hits the fan. Playted by Lee Meriwether She was 31 at the time of filming which made her a Handsome Woman, in other words a Living Prop.

Then there is Technician Jerry, played by Sam Groom. Jerry was offering ideas that the officers and scientistts rejected. Only to have them work in the end as a last desperate measure. So all the eggheads and authorities should have listened to Jerry. Why, Jerry had his life saved by Ann. He had a heart attack and Ann revived him with the severed ends of a power cable to restart his heart.

I'm guessing some ninja reverse judo resistance fighting against the white patriarchy, a little class warfare. But you how it goes baby. We are a super organism like ants and bees. We have castes, a 40,000 year old adaptation. Castes as strictly defined as electron orbits.

My 2021 reimagining of the Time Tunnel  is a superposition of events and outcomes. Most of the stories are episodic, but the theme would circle back to Billy Pilgrim is Unstuck in Time meets The Ann and Jerry anchor team time machine.

In the 1960s, PROJECT TIC TOC is the US wormhole project. (Because wormhole=time machine).

A visiting Senator to the site is not pleased wih all the wasted taxpayer dollars. He demands a show or the carnival gets sold. Scientist James Darren (played by Kiki LaRue) steps up to the plate and is POOF GONE for all we know vaporized. But no, the Time Tumnel, she worked and they can see them backwards in time in chronoscopic bolzetron! So, they try to get them back but no go. A tether approach might work and Guy goes into the wormhole aperture with a rope like Poltergeist. And now they are swirling in a maze of past and future ages. 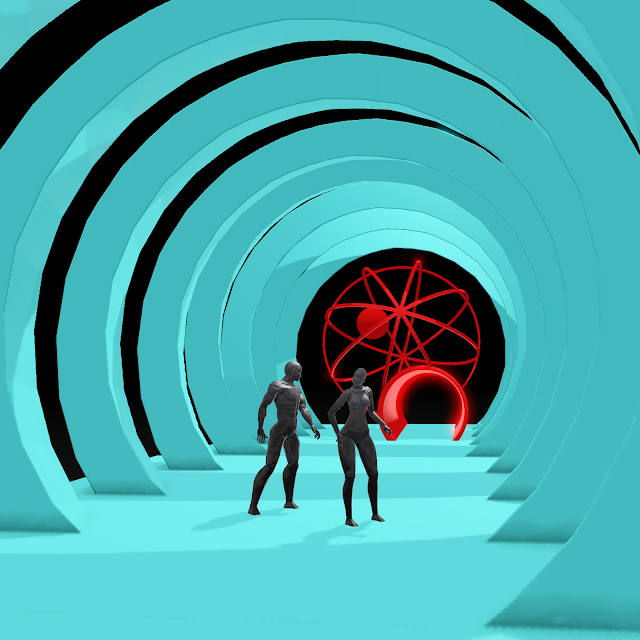 Episode 1,  an hour long unavoidable disaster. At the end of the first episode the universe and everyone dies.

Episode 2,  an hour long unavoidable disaster. Same as the first episode, but its a time loop.

Episode 3, Kiki and Guy end up on the Titanic and find some socialites with really good cocaine and booze and weed and opiates. They get really fucked up and then the iceberg hits. They get on a lifeboat and are picked up the next day by a tramp steamer.

Episode 4,Kiki and Guy end up at Pearl Harbor on the Arizona Sunday morning December 7th. "We gotta get the fuck out of here,pronto!" They do,

You can see the pattern, They're party ghosts, as well they should be.

Episode 30, Kiki and Guy are augmented in the future and sent back to kill themselves by the ape shaped ant-wasps of  Year One Million. Whic they do. Season Two is augmented Kiki and Guy Show.

You gotta wonder why so few episodes are about the future and that is the same problem as the Fermi Paradox.