The Vital Question: A Book Report

Not that the book is that much of a slog, it's actually fairly well written and engaging, and he managed to mostly convince me with his arguments. He does keep the energy calculations to a minimum, but he is going to beat you about the head and shoulders with both data and supposition. So be forewarned.

Nick Bostrom, the Doomsday philosopher, will be pleased with this book. Bostrom really, really hopes that extraterrestrial intelligence (and by backwards inference, extraterrestrial life) is not found in the Universe. More locally, Bostrom hopes that absolutely no life is found on Mars, or Ganymede, or Europa, or Enceladas, or anywhere else in the Solar System. And never was.

If life is not found, then it is probable that the Great Filter which apparently exists to wipe out Life, is in our past. In other words, given the Fermi Paradox, that the universe seems set up to produce our kind of life, and that once it gets going our kind of life probably is set up to produce intelligent life, then we should be up to our armpits in aliens. We are not. "Where are they?" asked Fermi.

"Dead!" says Bostrom, "or even better still, Never Made It As Far As Us!"

So, Nick Lane makes a good case for No Complex Life. And by No Complex Life, he really means, no multicellular life, which in turn means no eukaryotic life, but maybe, probably, our kind Life elsewhere in the universe. Just not complex life.

Lots and lots of planets - once you eliminate the promising but barren earth like extrasolar candidates of which there are probably a shitload - probably have bacteria on them, and that's it. Bacteria, and archaea, forever and ever, amen.

(My own guess, and since we have a sample space of one to go from, is that there are perhaps only 1 out of 1027 worlds like Earth within the particle horizon of the Universe, meaning there is exactly one Earthlike planet that we can observe. That might placate Bostrom, but I doubt it. I know it bums out scifi fans hoping for aliens, but, hey, kids gotta grow up sometime).

Lane has done a very good job of convincing me that Earth life  - cellular life - got it's start in alkaline hydrothermal vents at the bottom of oceans. I used to think life got its start in black smokers, but that is a bit too extreme of an environment.

But alkaline hydrothermal vents, with just the right chemistries, with a similarity between and high Ph cell interior and low Ph sea water, along with iron/sulfur catalysts that are at the heart of practically every nanomechanical respiration mechanism that cells possess, just looks too right not to be true. 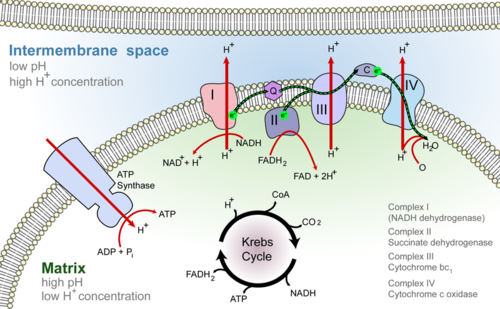 All that needs to be done is to set up a working experiment that demonstrates it, rather like Miller's and Urey's lightning-in-a-bottle that created amino acids. (Now,  pretty much a curiosity as evidence suggests early Earth's atmosphere looked nothing like the Miller/Urey experimental mix.

So, consider. Life did not appear in some warm pond. There was no primordial soup. Early Earth (and  early Venus, and early Mars) had an atmosphere of water vapor, CO2, and nitrogen, but very dense. All those artist's conceptions of early Mars' blue oceans are fantasy. Instead, picture what Venus looks like now, blanketed in murk, and that is the early Earth.

Consider: The faint young sun paradox. The sun was 30% as bright as it is now 4 billion years ago. And yet all rock evidence says Earth had water on it. Not a hellish lava Earth, and not a frozen solid Earth, as we would expect. Same with Venus. Same with Mars. But Venus and Mars never developed life. Why not? My guess is, no magnetic field. The early sun was hissing, spitting kitty cat of radiation and solar flares. Without a magnetic field to protect them, the sun stripped Venus and Mars of their atmospheric hydrogen, and they were doomed from the get-go. The sun was also pumping out huge volumes of UV radiation, not to mention all the planets getting pummeled with the leftovers of planetary formation. The only safe place to be is at the bottom of the ocean.

So, that's my argument. Life - as bacteria and archaea - got started down there, and it got started very, very quickly. So, given the cosmic abundances of chemicals that make up our kind of life, given the favorable thermodynamic properties of molecular formation that make our kind of life probable, one would expect a Universe full of (microbial) bugs.

Okay, fair enough. What about complex life? Eukarya? That is the scandal. As Lane argues, it probably happened only once, and it involved an archaean host and a bacterial enosymbiont. The bacterial component turned into what we call mitochondria, and the archean host swelled up into the giant chimeric monster of a cell we call eurkaryotes.

Kudos to Lin Margulis to pushing the argument for this insight of cells merging. But! The evidence suggests it only happened once. All the other stuff inside complex cells, the double-walled nucleus, the endoplasmic reticulum, the Golgi apparatus, the flexible cytoskeleton and flagella are NOT further symbiots absorbed. There is no evidence to suggest this.

As Lane suggests, nothing is more conservative than a bacteria. The weird, monstrous, chimerical patchwork Frankenstein's monster which is us may just be a one-in-a-Cosmos shot.

All the more reason to be nice to other.