You want to see a truly creepy, creepy-ass cracker? Here you go: 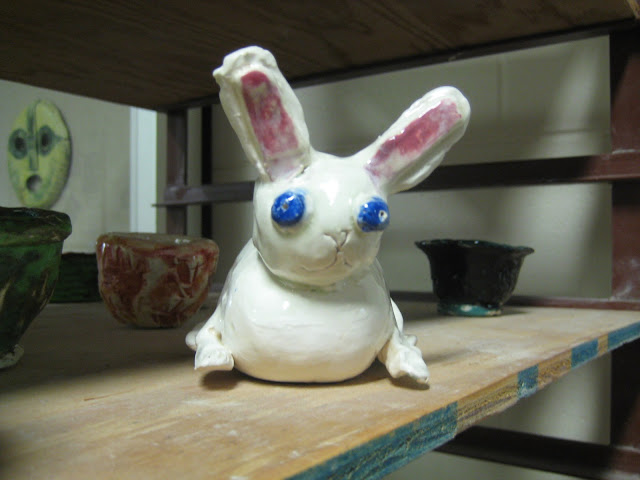 This was made by a ten-year-old student in the summer craft program here at Harper.

On a few occasions, I've watched the show called "Adventure Time", and this ceramic bunny reminds a little of that. A quick google search tells me the closest approach is a fan-fiction alternate-sex character called "Fiona", as in "Fiona and Cake". When Fiona is excited or infuriated, her eyes become big blue dots.

Ever notice that there are no people of color (I mean non-white colorful people), in the post-apocalyptic world of Adventure Time? What's that about?
Posted by John Kurman at 1:25 PM