"You don't draw", my weekend boss said to me, as we worked on his latest project.

I really should draw more often though. Back in the late 80s, I gave up on skiing. No one particular reason, I just no longer did it. I used to water and snow ski. I think the last time I water skied (slalom) was 1987. And snow skiing (not quite black diamond advanced skiing - but I was always a natural at it), would have been 1992 I'm thinking. I have no doubt that I would be an embarrassment on the slopes now, and probably would not be able to get up out of the water on a slalom ski.

And so it is with drawing. I took some drawing course at local community colleges up until about 1996. The work was passable, certainly not photo-realistic, but fairly accurately renderings, and with my own particular flair.

Now, my drawing skills have degenerated to a sixth-grade level. Sixth? Perhaps third.

Now, I know it's all practice and patience. I suppose I should start drawing again.

I used to do quite a bit of cartooning. I pretty much stopped about the same I stopped skiing. I came across some cartoons in a notebook I found in my closet. If I can remember, I'll snap digital photos of them and show them to you.

So, I decided to try to cartoon that Saturday night. The result was like something out of kindergarten, and there was no way I could display it. So, I took that cartoon and spent a good twenty minutes redrawing it. Wow, I am really out of shape. 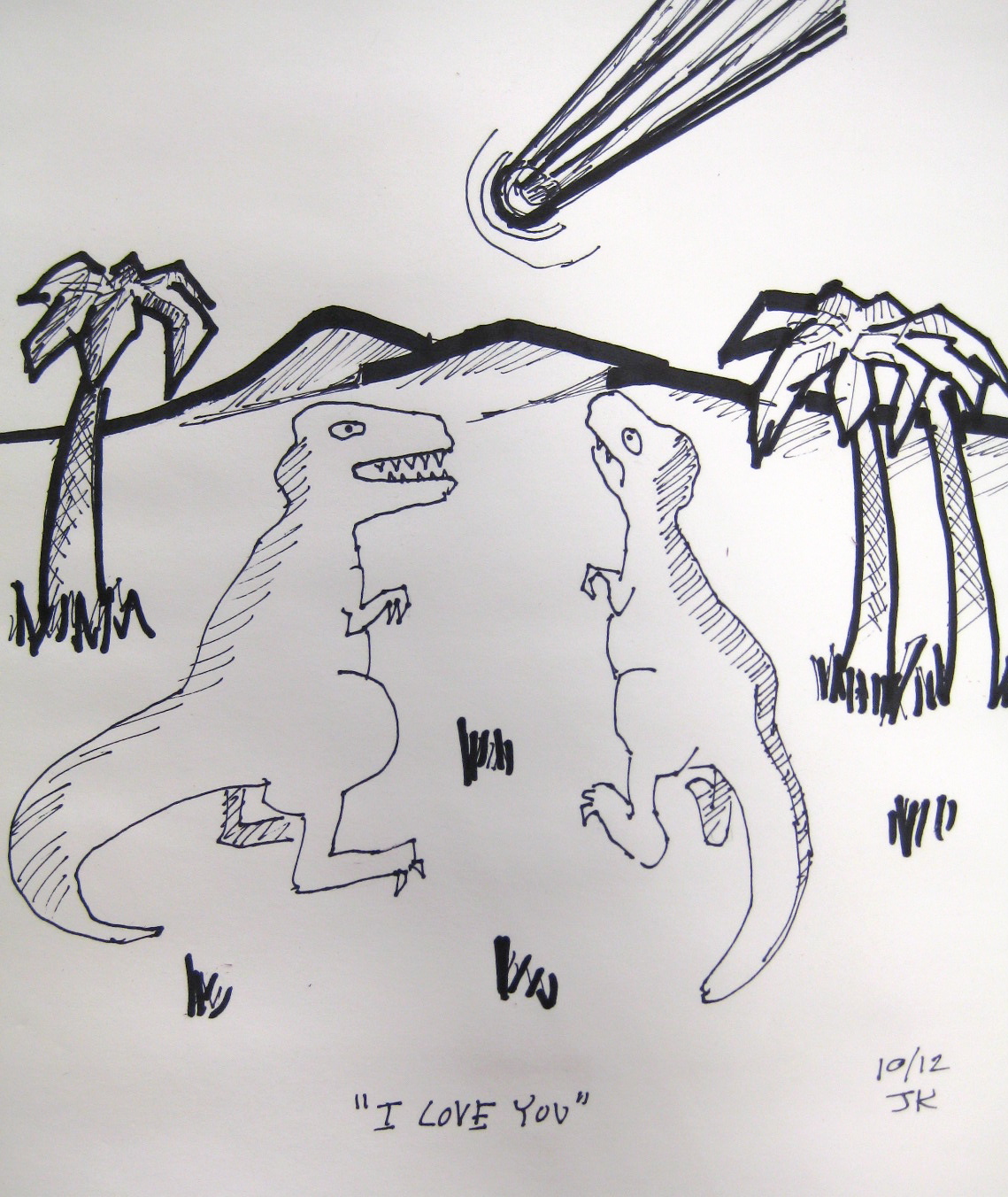