I Did It Again

Got word from Kohler Arts Center that I was rejected - once again - for a residency.

My proposed exploration involved breaking molds and producing forms from those broken molds. There was an option to work in glass in conjunction with Corning Museum of Glass, also. I made the same proposal for glass casting. No dice.

I've been trying to cast this particular motif in glass and it don't want to be. So, the rejection and the wonderful discovery of a broken mold in the kiln with glass all over the kiln shelf, coupled with everything I touch turning to shit, would suggest, well, not that I give up, but that I reevaluate.

See this is what distinguishes me from incompetent psychopaths like Donald Rumsfeld, who would just "stay the course". And we know how well that works out. It doesn't.

Another distinction between me and Donny is, he gets rewarded for his incompetence.

Anyway, two cast glass pieces out of the kiln this weekend. The first is Purple Capped Fleshy Jelly, which is kind of boring and just looks like an octopus wearing a hat. But I like the color scheme on it. 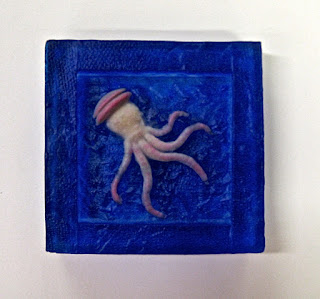 And then, Crop Failure II. 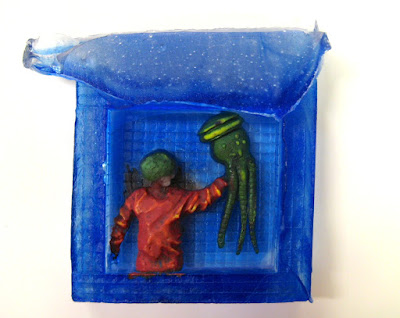 (Not to be confused with Crop Failure I, which started me on the broken mold exploration). 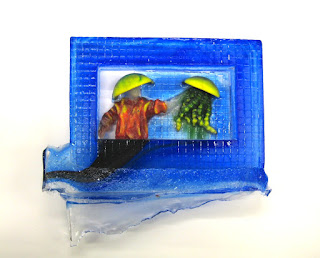