Remember Uniblab? He was George Jetson's robot boss on the Jetsons. Uniblab made George's life a living hell, although that was how he was programmed. In reality, Uniblab would probably be a much better boss than Mr. Spacely, who was a stupid prick.


So, the stupid prick that runs Carl's Jr wants to enter into the Randian roboparadise where he doesn't use any workers at all.


Puzder doesn't believe in [the progressive idea of] raising the minimum wage. "Does it really help if Sally makes $3 more an hour if Suzie has no job? If you're making labor more expensive, and automation less expensive -- this is not rocket science," says Puzder. What comes as a challenge is automating employee tasks. This is where he draws the line and doesn't think that it's likely any machine could perform such work. But for more rote tasks like grilling a burger or taking an order, technology may be even more precise than human employees. "They're always polite, they always upsell, they never take a vacation, they never show up late, there's never a slip-and-fall, or an age, sex, or race discrimination case," says Puzder in regard to replacing employees with machines.

First off, Carl's Jr is one of the worst burgers I've ever had. Carl's Jr. is like the Sears Roebuck of the burger world. In this respect, Andy Puzder reminds me of Herman Cain, another Randian butt-hole that ran a shitty food company, Godfather's Pizza. Fucking horrible pizza.

Andy Puzder is way behind the times. Automating a specialist job like CEO is where we are headed. Clearly, automating Andy Puzder would be a lot more cost effective and better for the company.

My reasoning? A Deep Learning robo-CEO will, by analyzing Big Data have a much better grasp of the business environment, is less likely to make stupid mistakes, is far more likely to correct the mistakes it makes, and will rarely say stupid shit like Andy Puzder does. You don't need stock options, bonuses, pension plans, penthouses, and prostitutes and hush money with a robo-CEO. The employees get a less volatile asshole boss to deal with that actually makes rational business decisions.

Other things. I have had a lot of stuff completed all at once this past week. Some stuff has been sitting  around since last semester. Got all my bronzes cast for the semester, but I won't be able to work on them next week, which is Spring Break.

I finished a dish. 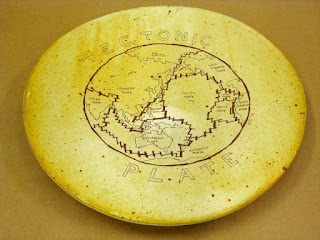 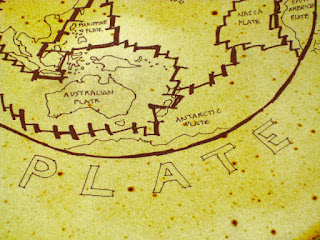 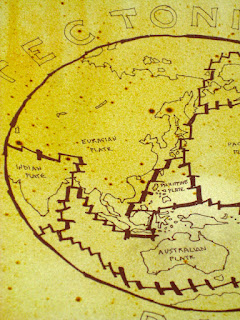 I got a glass piece cast. 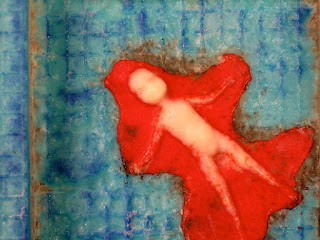 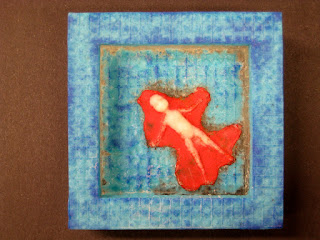 And I got these done. 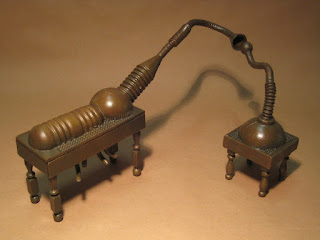 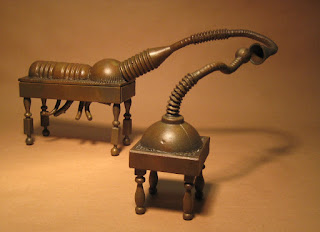 Still more come to come, but you'll have to wait a couple weeks.
Posted by John Kurman at 12:26 PM