Briefly, because I have worked a 12 hour day and want to go home and take a shower. Get the smell of sweat and copper off me.

A number of years ago, we at the college were fortunate enough to have a fellow named Dan Lane who made art here. He used to teach at the Art Institute of Chicago, doing illustration and design. He was retired when I met him, making all sorts of interesting shadow boxes and things out of, well, pretty much anything that came to hand.

Dan was my hero.

Eighty-eight years old at the very end, and still cranking out art, and the art he was making was just... kicking ... my ass.

Women linger. They lose their husbands, and they just keep going. So Dan was a surprise. He managed a good two years past his wife's death.

Of course, eventually he slowed down, and then he started to stop eating. I tried to make him eat. I'd bring soup and bread from the school cafeteria, which makes really good soup and chili.  I'd always make sure there was lots of butter for the bread. And after a while, he wouldn't eat it. He was ready to die, and I was trying to make him live. He got mad at me about that. So, after awhile, I realized how selfish I was, and I succumbed to his wishes.

Other people tried to keep him alive, but then he died.

Anyway, I remember a story he told me about a student he had at SAIC who he said was just brilliant. The kid was a natural, a visual genius, and could just crank out the most spectacular designs, and there was a bright future ahead for him. And then the kid froze. He got so tangled up and fussy that eventually he couldn't even produce a design. He would just stare at blank paper. And that was the end of the kid's art career. He was afraid to produce anything that wasn't perfect.

Now, reason I mention this is I think that is what I've been going through the past two years. Part of the problem at least. The dry spell has been a case design freeze. Failure to launch. So, now, having at least recognized this particular problem (and who knows what the next kink in the knot will be), I am trying to crank out as much shit as I can, and not worry to much about whether it's good or not, or been done before, or is original, or what have. Because if it is any of those things, why, I can just recycle the metal and start over.

So, I've been casting metal like crazy all week, to get my stuff out of the way (in anticipation of the class molten metal pour this coming Saturday), and trying to grind, sand, and patina bronze pieces. I still have about thirty pieces to go, and how to present them and all that stuff.

But anyway, here is the raw footage of some of the stuff, presented without further comment. 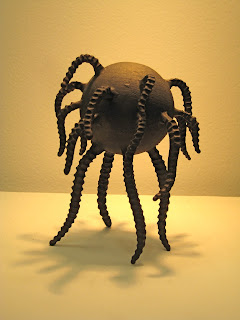 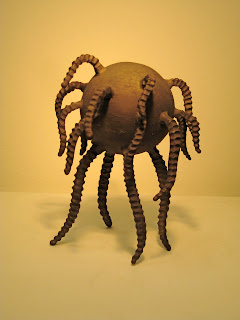 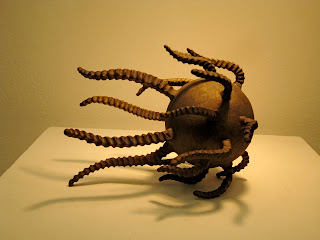 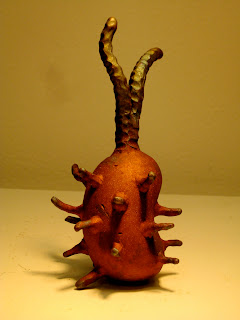 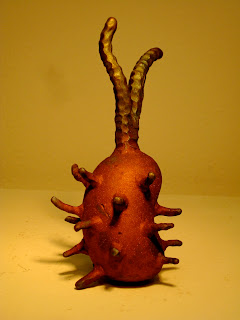 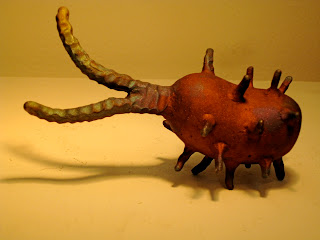 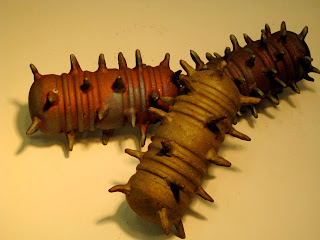 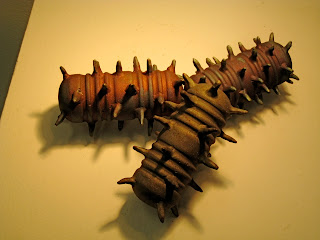 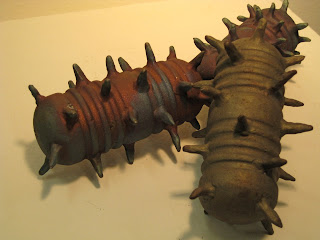 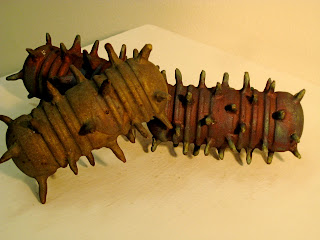