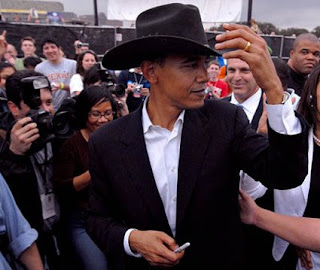 I've never been a hat person. Coming of age after the sixties, when the hat started to disappear from the men's fashion landscape, let alone after the proletarian clothing revolution of the 70s, there was just never any call for the wearing of a hat.

And I don't include the baseball cap in the category of hat wearing. Let's be clear on my opinions on this. There is a difference between a cap and a hat. The former is worn by children. The latter by adults.

But, as I say, with the proletarian revolution, caps are now the new hats. I myself am a strict adherent of the revolutionary canon. If I could I'd show you a picture taken of me when I was about five or six years of age, you'd see that I am wearing the same clothes now. Jeans, T-shirt, tennis shoes. Given a choice this is the default mode.

Still, since about a year ago I received a gift from a friend in the form of a baseball cap, and I've taken to wearing one. But I also am following hat wearing etiquette, even if it is a child's cap.

So, here's an old school website for hat etiquette. I've modified the rules to suit myself. For example, the rules involved to "greet a superior", on the street, in calling indoors, or in passing, I strictly ignore, as no man is my superior. So forget that shit. Here are my rules:

1) When to remove your hat: When entering indoors, such as a home, restaurant, library, movie theater, school, office, or place of worship. Entering into a public buildings or events, such as a post office, grocery store, airport, sporting event, etc. does not require at removal. Rather than list all contingencies, the rule of thumb I took was: a man does not remove a hat where he does not seat himself. The hat is also removed when the national anthem is played, or when the flag is presented in parade.

2) When to tip or doff a hat: Always when greeting a lady as a sign of respect. Rather than list all possibilities, the rule of thumb I adopt is that a man tips or doffs his hat in situations where he would say "Excuse me", or  "Thank you".

3) All around advice. Keep the hat clean. Never display the inside of the hat when tipping or greeting.