Last night I had a future dystopia dream. The interesting thing is I woke up to pee and wanted and managed to go right back into that dream. I been working on lucidity. Could be other people not so stupid as I. Could be others say yeah sure easy lucid dream. 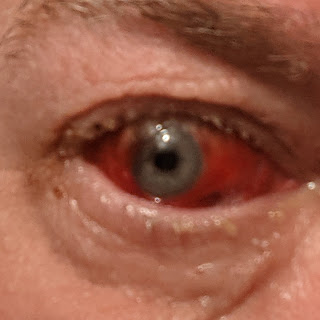 The plot or action was mainly gang-pressing, drafting people involuntarily into labor and drudgery. I was threatened but never assaulted and could roam about the place. It was kind of a urban decay setting, perhaps soon after whatever collapse or breakdown as everyone seemed to be well fed and clothed.

The basic definition of a state is a collective of people. How that collective forms itself differs but based upon a primate foundation: Social monkey hive gets you heirarchy and castes. But the state, the intentiional eggregore, seems to be scaled up from a ship. A nautical Snow Piercer of an organization, as self containted as can be, between sources of refreshment. Impressment, slavery, is a primary definition of a ship, like it or not. As to how voluntary that impressment is on a map with axes freedom and liberty? (If you feel the need to collapse to cartoon).

You are free to take a shit on the hood of my car. You are not at liberty to do so.

There is a third dimension in the involuntary recruitments into a state and that is drugs. Intoxicants. Hallucinogens, yes. Always alcohol. Alcohol is a 500 million year old food. It easy to make and makes lots of calories.

Every state had a public drug delivery system. Every single dug up site identified as maybe a state, had drug manufacturing facilities. And with monkey distillers, Good Stuff pretty much guaranteed to get you hooked. So much easier than enforced labor. Build my pyramid and I will get you so high.