Unpopular Opinion:  Steve Jobs was a horrible man. His warped character brought technological horror into this world. Tech would have been better off without him. 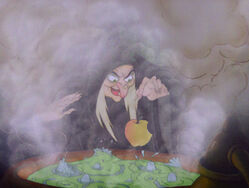 His prejudice, arrogance and avarice distorted every design and business decision. For a visonary, he sure didn't get it. A lot. So many visions eventually appeared, despite his best efforts.

Had Steve Jobs been strangled in his crib, the tech world may not have been 35 years ahead of where it is, but it would have been 35 years with a lot less cruelty and cold empty contempt. I could actually write the same thing about John Lennon. They would both be nasty old men, You wouldn't want to spend any time with them at all.