I attended the event yesterday, Sunday. As usual, the people were more interesting than the art. Quite a cast of characters there, including one guy as thick as the Hulk, and wearing what looked like an theatrical asbestos fire curtain cut into a suit. The suit looked to be an inch thick and the guy was sweating like crazy. Oh, and I guess skinny fire engine red pants and high-heeled boots are the in thing amongst the gays and hipsters.

The art was, eh, well, play it safe for the masses type of art. A lot of pastel paintings. A lot of established artists. A LOT of flat screen TVs with fancy frames around them. As such the images were mostly static, and only a few were animated to take advantage of the TV.

I kind of wished I had brought in a dongle and a TV remote, and switched the paintings over to the Broncos vs. Seahawks game. I wonder how that would have gone down?

I also was at a booth that had a unattended tackle box open to a sheet stack of red dots. (Red dots are stickers placed next to works of art indicating they have been sold). I could have wreaked havoc and messed with heads had I stolen a sheet of red dots and visited gallery booths. Good thing I'm not evil.

He does some fun stuff with paper collage.

Cernuda Arte did quite well with four paintings sold.

This was a work done by the late Wifredo Lam. 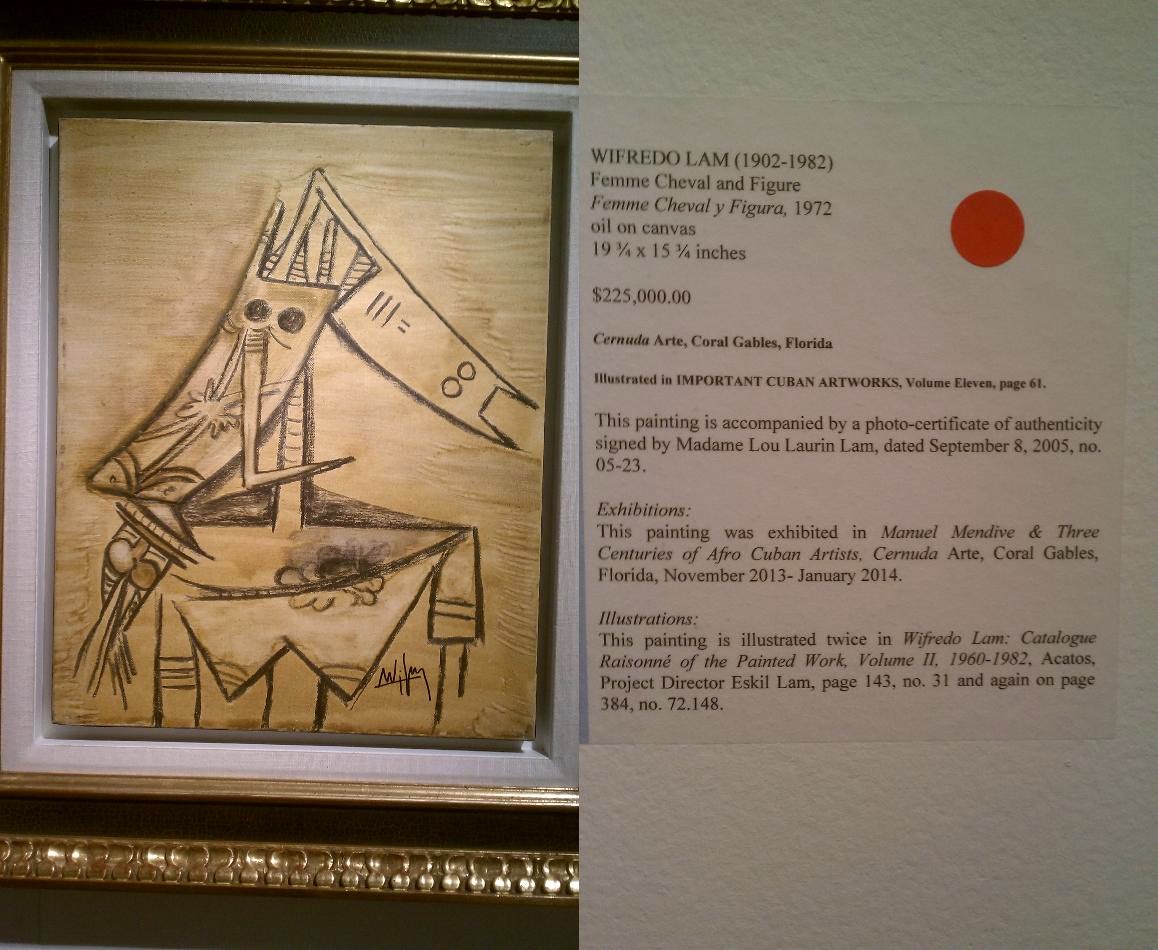 This was a painting done by Miguel Florido.

Cuban art was a go this year. Not sure why. Local patrons I suppose...

John Malkovich teamed up with Sandro Miller to recreate famous photographs.  See this article.  These works will be on display at Catherine Edelman Gallery next month. When I saw this photo, I said to myself, that is one ugly broad: 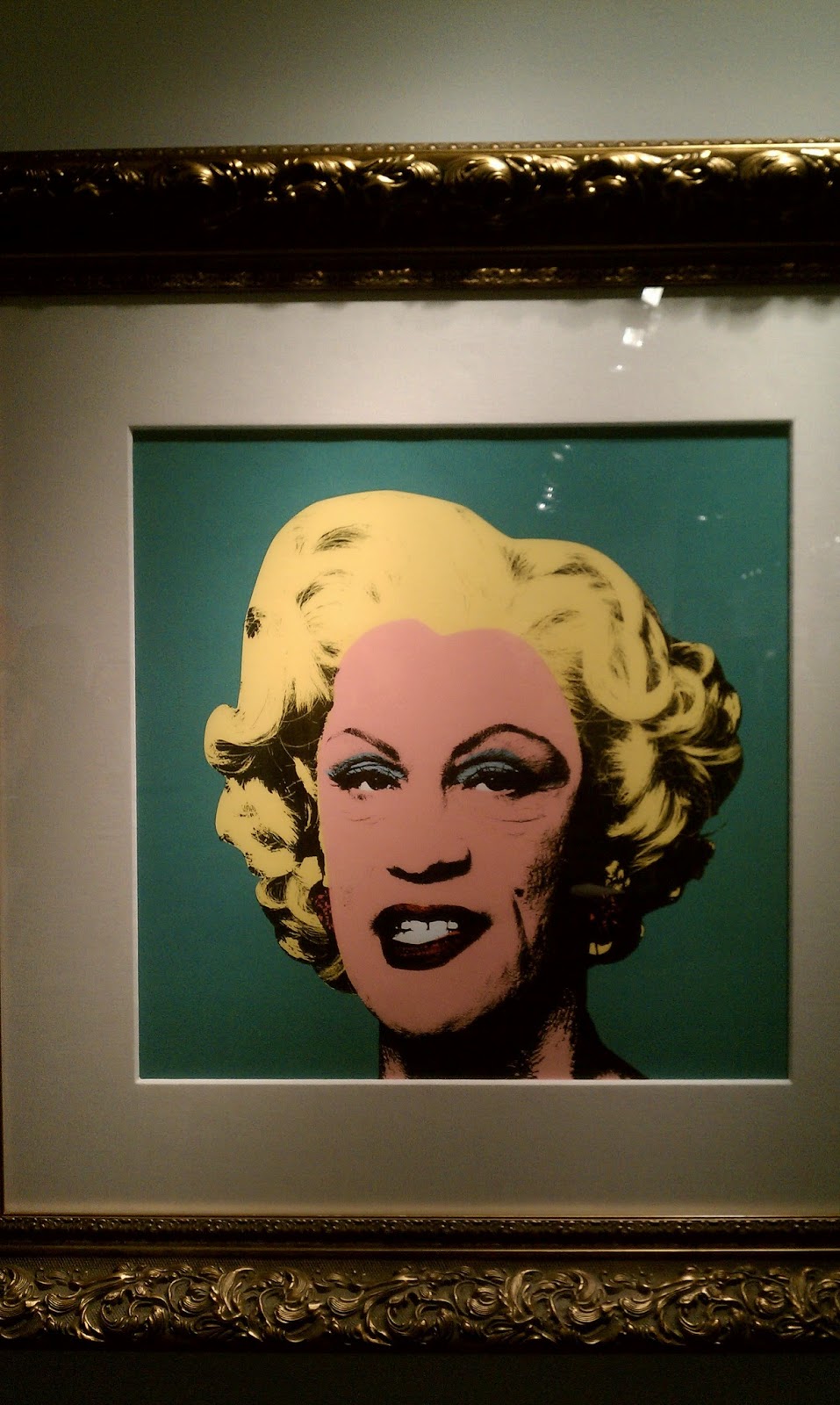 David Bowie has an exhibition at Museum of Contemporary Art. He had some silkscreen prints up: 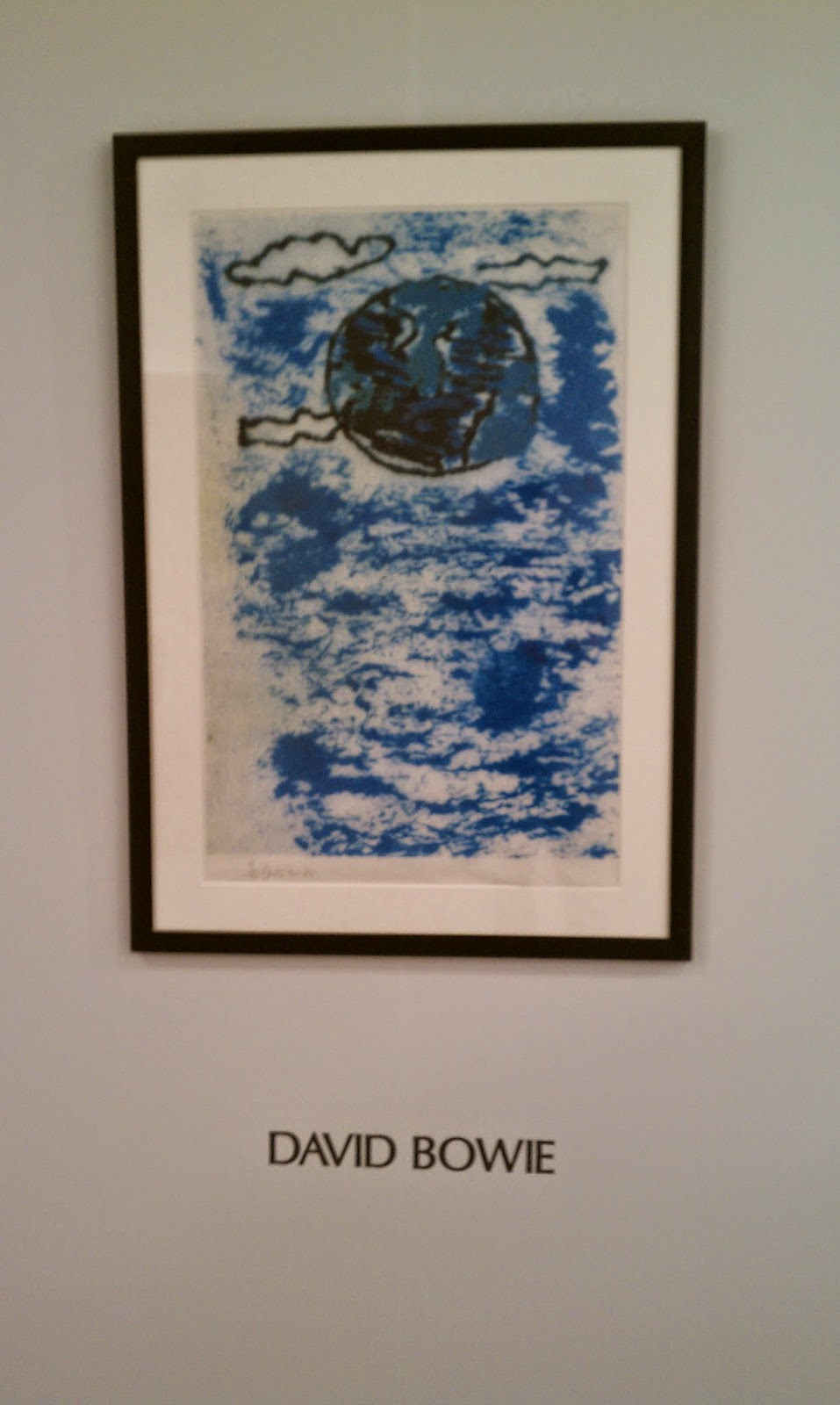 And here is other stuff I saw that caught my eye...