My brother went to see Top Gun: Maverick and said it was stupid but fun, like all good propaganda.

The original Top Gun (which I also have never seen) was also propaganda which resulted in a huge recruitment boost for the United States Navy. The one thing my brother objected to (other than the hypersonic bullshit - of which I could write a separate essay called the Hype in Hypersonic) was the avoidance of a drone subplot. Possibly because tiny Tom Cruise would be sky burgers after about twenty seconds against a drone. Let's face it, unlike fighter drones, Tom Cruise cannot handle sustained 9 gee acceleration and look both ways at the same time. He cannot think a million times faster than a human.

Not to make too much of drones. Like hypersonic weapons, they suffer from design flaws and the biggest flaw is the machine intelligence itself. It's damn hard to audit a machine intelligence and the data it learns from. It's damn hard to know how it is doing what it is doing other than empirica evidence. This is nto a good situation. There have been numerous reports of bias introduced into these little critters (the classic example is how an AI chatbot was corrupted into a racist, sexist troll after being exposed to Twitter) and invariably the fault lies with the training data. Garbage in, garbage out.

One example is to attack machine learning training by re-ordering the sequence of training data. This is because ML models are susceptible to "initialization bias" (paging Kahneman and Tversky). Whatever data they receive first has a profound impact on the overall weighting of subsequent data.

Worse still, evidence is mounting that validating an ML model can be made impossible by planting an udectectable backdoor into the training data. Such a backdoor can change the classification of any input wihout detection by a tester - unless they are in possession of a "backdoor key". The mechanism is undetectable by any computationally bound observer, meaning you can't even tell if a backdoor was implanted into the model. That's pretty scary. Rather like the Manchurian Candidate, the thing itself doesn't know it is corrupted.

There are plenty of examples of how poison data makes ML baby Jesus cry, but for your entertainment, read this Pluralistic entry from Cory Doctorow. My favorite is  where a 2" piece of tape on a road sign can trigger 50mph accelerations in Tesla autopilots.

Other thing: I've had, hopefully, the last operation on my eye for the year. The retina had completely detached and my eye received essentially a boob job. The vitreous humor was removed and replaced (after the retina was re-attached with a laser) with silicone oil. The eye would have withered and died with the retina detached, So, the eye is saved, the vision is lost, and I'm good to go.

To mess with people, I published this aftermath photo, which is fake: 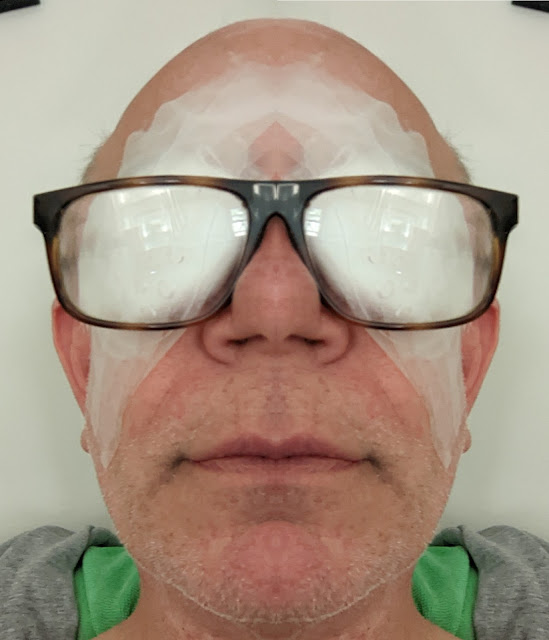