Does Not Want To Be Made Manifest

This is my second biggest class, and they are cranking out the stuff. I don't think this is a record, at least in terms of amount of bronze or in number of pieces, but it's up there. 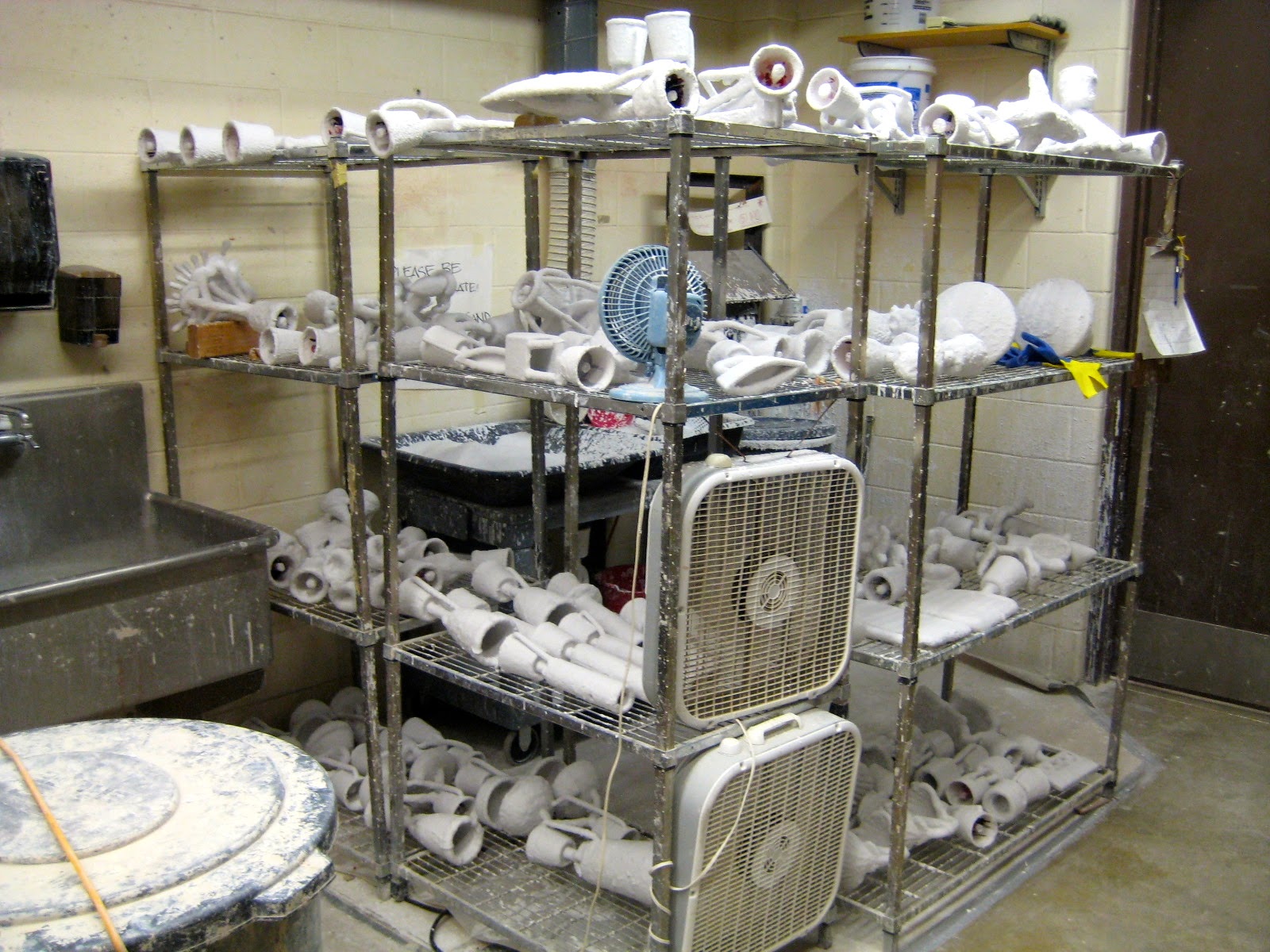 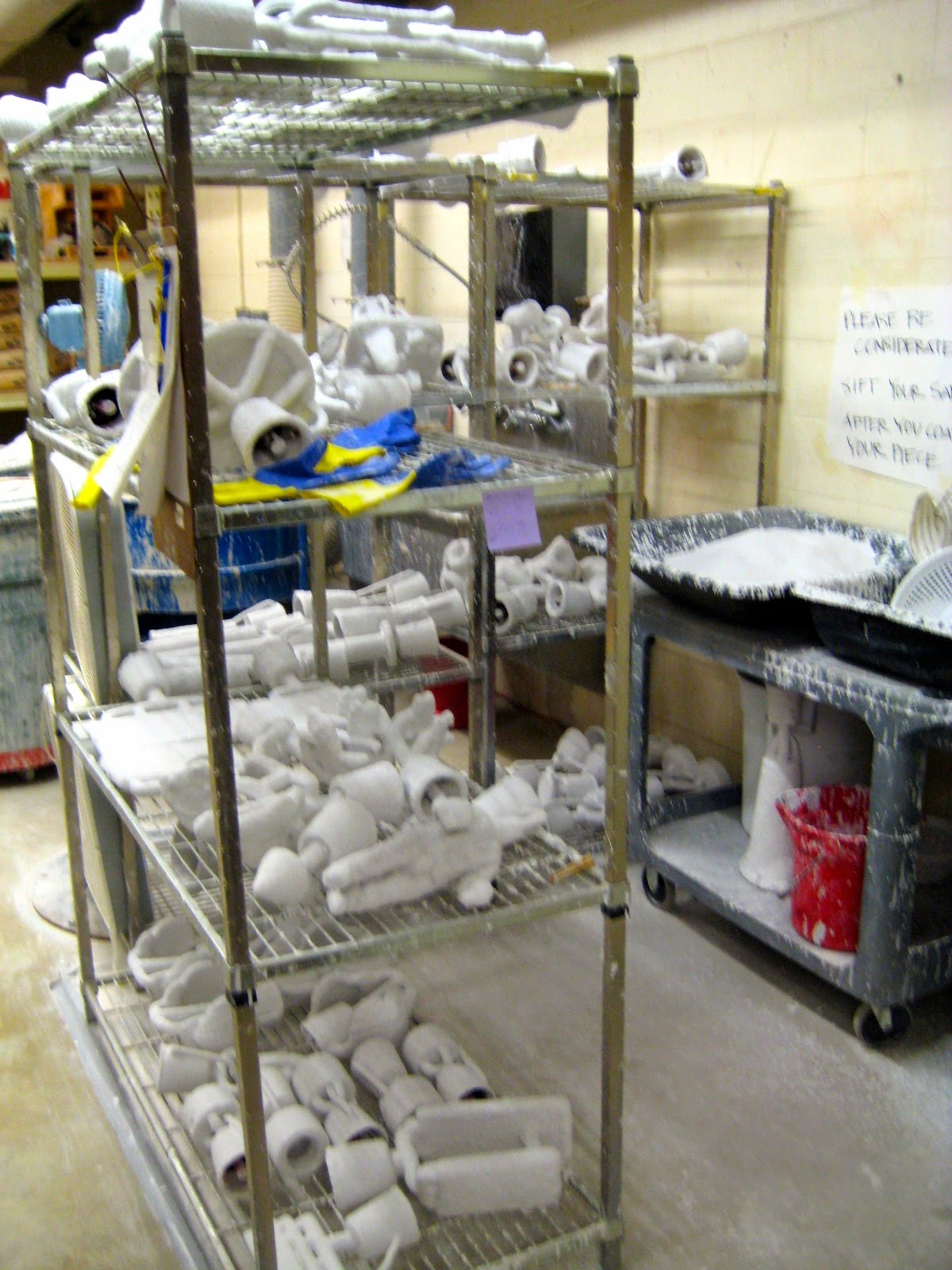 One student, a musician, read up on a guy named Harry Parch. He decided he wanted to make a Parch-like instrument similar to his Gourd Tree with Cone Gongs.

I had never done bellfounding, rather liked the idea of the gourd tree, and am a frustrated musician, I said why not? So, the kid is cranking out bells. Lots of bells. Not sure how this will turn out, but we are to cast a lot of bells. 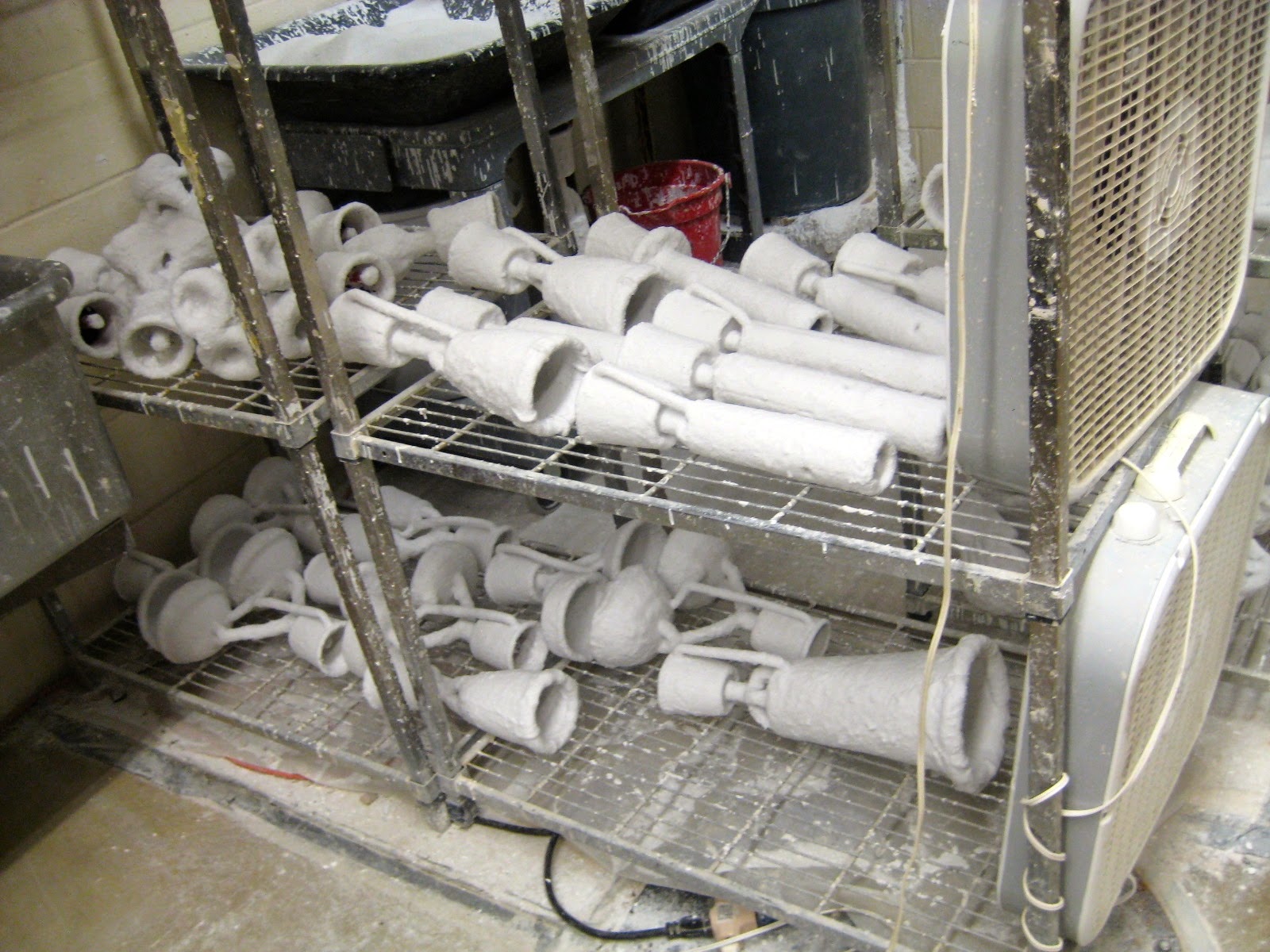 I'm not sure how many bells, or how he is going to tune them, as we don't have a metal lathe here. Many of the bells were fashioned from bowls, so I assume the tuning part may be mostly happenstance? I don't know.

My own stuff I am having problems with. I had a wax tree work just fine until just this afternoon, when I set it down, and the weight of the investment bent a wax rod and broke the mold. 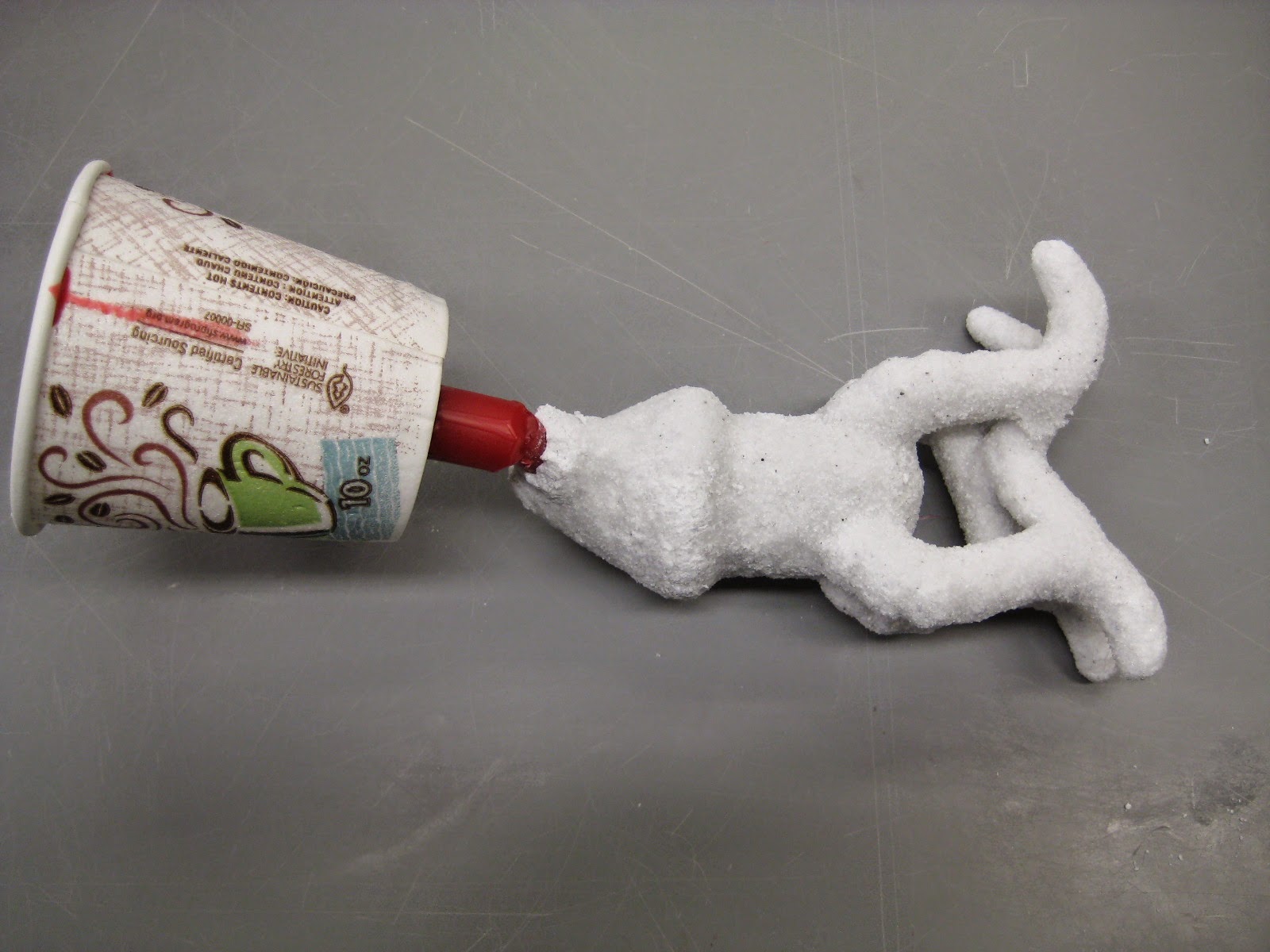 My solution was to just cut off the part that broke and fashion new pouring cup for it to pour separately. And I will just seal off the break on the other part of the tree. 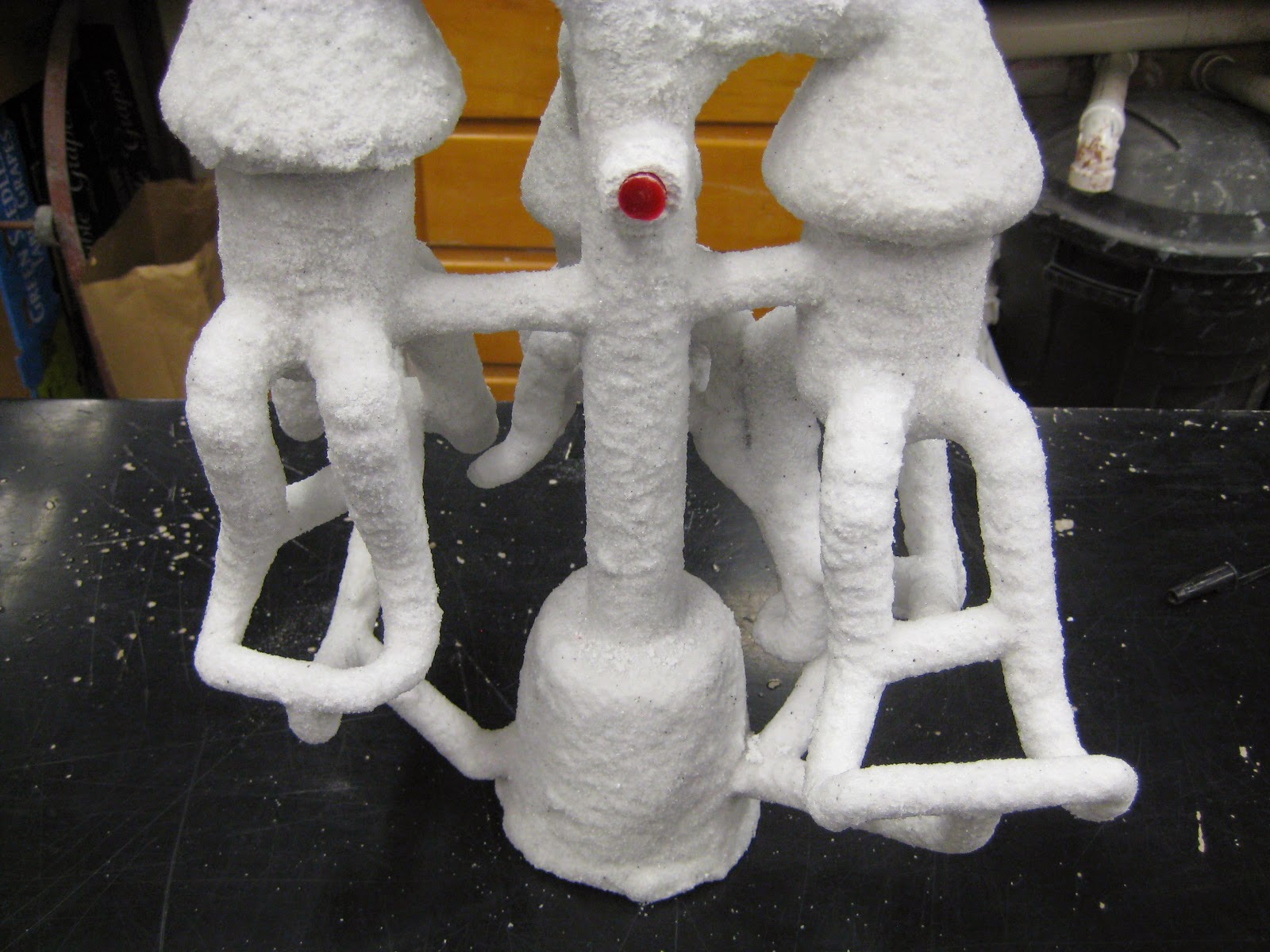 But the other piece is just a problem child. It has broken three four times now, and I'm starting to think it does not want to exist. That, of course, is the Pathetic Fallacy. My inattentiveness is the reason for the breakage. I do pride myself in not having tantrums after they break. There was a time when I would rage for awhile before I fixed it. Perhaps getting older makes you realize that tantrums are a waste of time. 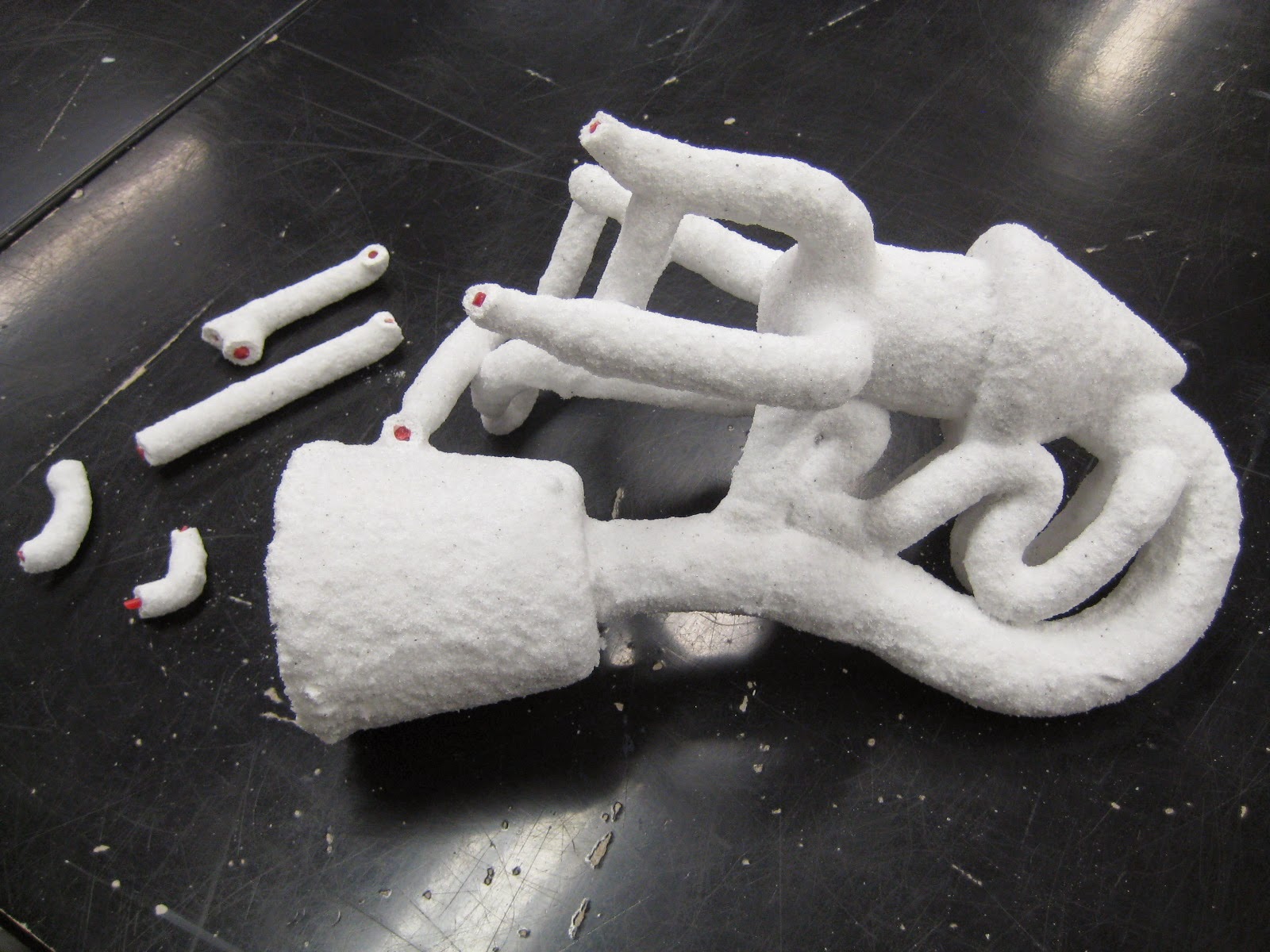 In any case, I'm off to the hardware store to get furnace cement and fix it that way, as the investment is now too thick to recoat and repair.
Posted by John Kurman at 5:01 PM